Japan’s Tenshin Nasukawa has amassed quite a fight resume in the 19 sojourns the Earth has taken round the sun since his birth. The karate phenom has already amassed an amateur record of 99-5, and a professional record of 18-0 — including 4 wins in MMA.

Nasukawa, a 5-foot-4 flyweight, fights out of Matsudo, Chiba, with Kyokushin karate as his foundation in the martial arts. Listening to an analysis of his style in the ring sounds more like a poetry reading than fight analysis, in part due to Nasukawa’s supernatural fluidity that defies prosaic description. 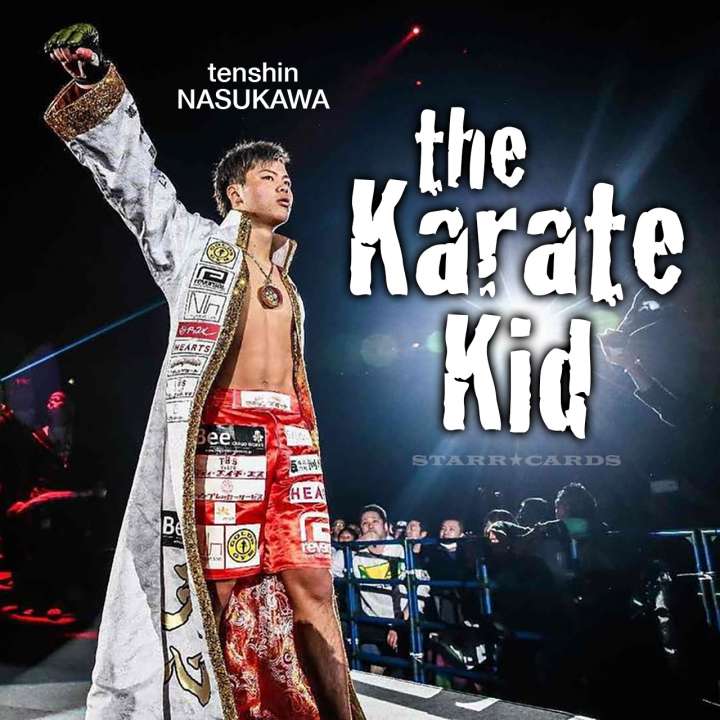 “Tenshin is a prodigy, who at 18 somehow managed to become a whole-package stand-up fighter. Precise. Fluid. Light on his feet. Blinding speed, with the recovery time in between each of his strikes just as incredible as his speed of execution — all tightly knit in crisp, neat, technical form.”

Nasukawa’s MMA debut came on December 29, 2016, at Rizin 3 in Saitama Super Arena — just a dozen miles down the road from his home. Facing Ukrainian Nikita Sapun, he got into serious trouble midway through the first round when he was caught in a wicked-looking arm bar, but managed to free himself and end the fight with a TKO seconds before the bell sounded.

Two days later, Nasukawa was back in the ring to take on 27-year-old American Kawika “Dylan” Oligo. This time the young fighter was in control throughout the first round, and finished the fight on a guillotine choke just 37 seconds into the second round.

At Rizin 5, Nasukawa was pitted against Italian Francesco Ghigliotti, who was making his professional debut at 34 years of age. Nasukawa dominated on way to a TKO via head kick and punches at 1:07 in the first round.

In Nasukawa’s latest MMA fight, at Rizin Fighting World Grand Prix 2017, he tangled with fellow Japanese Yamato Fujita. The precocious teenager endured two kicks to the groin on way to claiming the decision against his 25-year-old foe.