You would think between movie and television work as a stuntwoman, completing her fifth season on American Ninja Warrior, performing in a circus, and myriad media appearances, Jessie Graff would be ready for a break. But the 33-year-old is no mere mortal…

Rocking the same Wonder Woman-inspired outfit that she popularized during her ANW runs, Graff traveled to Japan this fall to compete on the original obstacle-racing franchise Susuke. 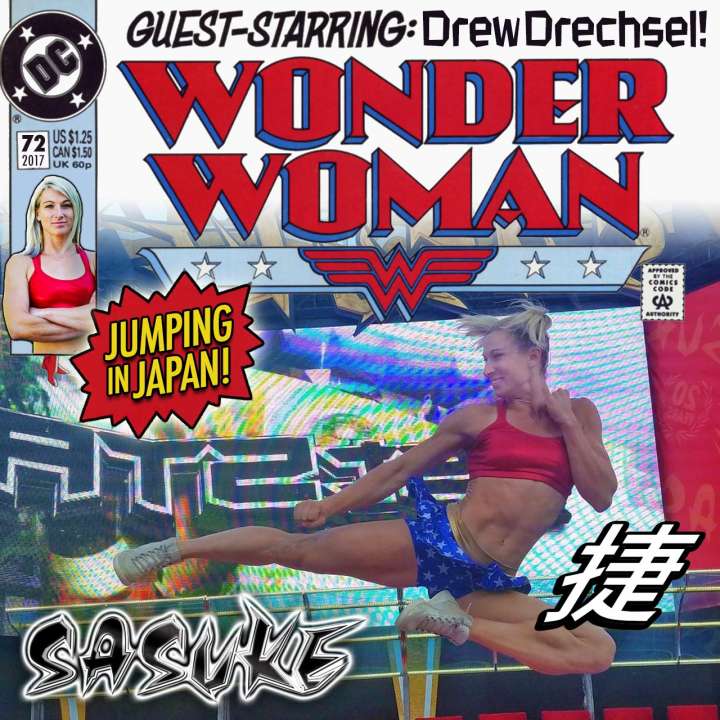 Showing the same superhero-like savvy that has made her a star in America, Graff not only conquered Stage 1, but became the first woman in the 20-year history of Sasuke to complete Stage 2. On Stage 3, she advanced past the first three obstacles, before falling prey to the devilish Ultra Crazy Cliffhanger.

“It's just the biggest honor I can imagine of American Ninja Warrior is to be invited to the original Sasuke. I was so thrilled. I mean, I was writing letters trying to get invited, so when I finally go the offer it was a dream come true.”

— Jesse Graff, after Stage 3 on Sasuke

Despite the disappointment of not advancing to the legendary Mt. Midoriyama, Graff was thrilled to learn that she was invited to compete again next year.

Graff’s fellow American, Drew Drechsel — competing for the fifth time on Sasuke — kept his Stage 2 record perfect with yet another flawless run to the buzzer. Drechsel, like Graff, succumbed on Stage 3 to the Ultra Crazy Cliffhanger.