If there is anything to be gleaned from the plethora of zombie-themed movies, tv series and video games, it’s that the ability to run, jump and climb is essential to one’s survival. In short, parkour pros are likely to inherit the earth.

Take, for example, the above video from Ampisound inspired by the mobile strategy game Last Empire War Z. The premise of the scene is that two survivors, while searching for a missing teammate, find themselves in an intense zombie parkour chase. 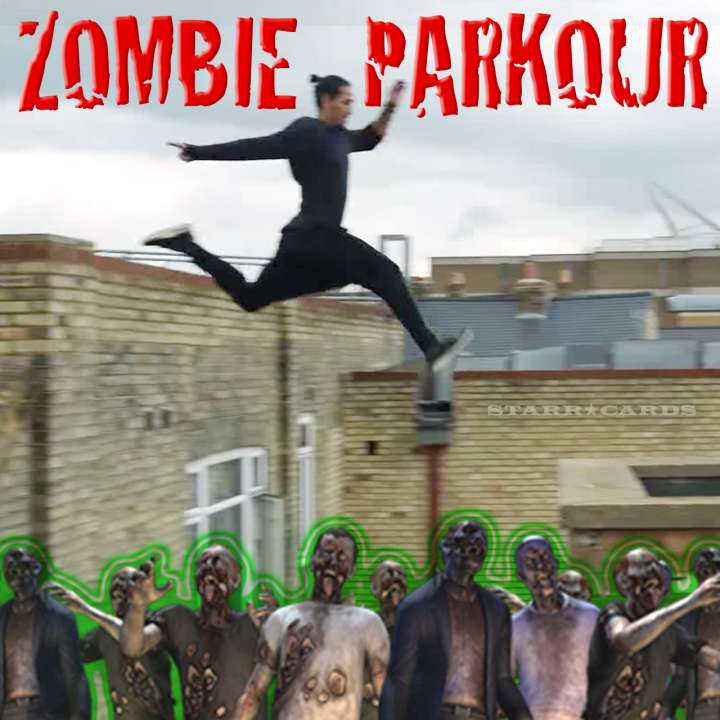 We get to experience the POV of the hero, as he flees from the hordes of zombies. Ultimately, it’s his deft parkour moves that allow him to make it to safety in a nick of time.

Lest you believe parkour skills guarantee your surviving the pending apocalypse, please be aware that zombies also have access to YouTube, and they too have been in training.

In another video by Ampisound, based on the game Dying Light, a freerunner pursued atop the rooftops of Cambridge, England, meets with a violent end in spite of his agility. Our money is on American Ninja Warrior star Drew Drechsel being the last man standing…