Jason Paul’s love affair with freerunning began in 2005 when his best friend introduced him to the sport via a parkour documentary. From that day forward, Paul’s world was transfigured – rooftops became pathways and obstacles became opportunities.

These days, Paul, sponsored by Red Bull and Go Pro, lives out of his suitcase while traveling the world, turning disparate urban spaces into freerunning playgrounds. Even catching a flight for the next destination can present another opportunity for play. 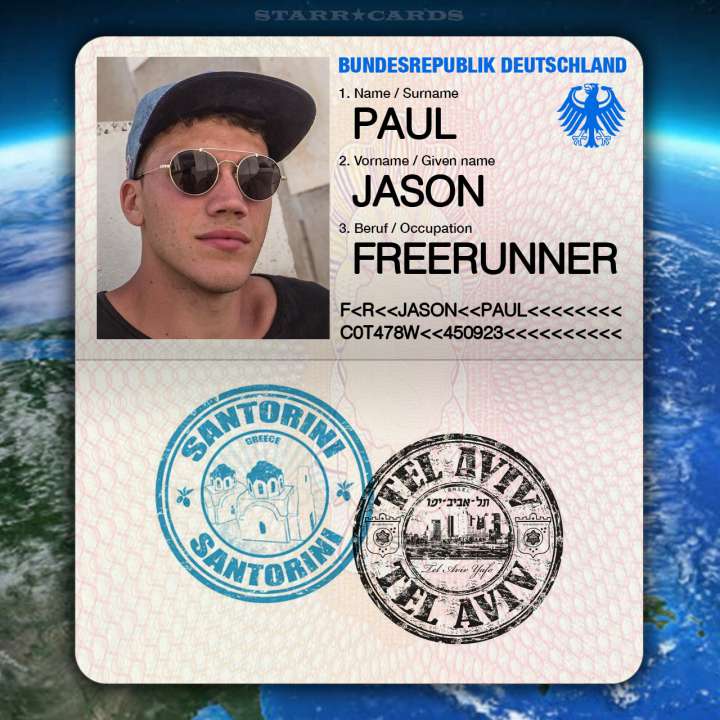 Tag along as we follow Paul on a couple globetrotting stops, starting in the freerunner’s paradise of Santorini, Greece, then heading to Tel Aviv, Israel for some rooftopping derring do…

Paul and his buddy Enis Maslic met up in Santorini, Greece for a carefree climb up a bell tower, across the rooftops, and down the exotic island’s narrow streets.

With one of his jumps, Paul even managed a tip of the cap to the original freerunning video game, Donkey Kong.

A short hop over the Mediterranean Sea brought Paul to Tel Aviv, where he showed off his impressive balancing skills atop a 49-story skyscraper.

The Circular Tower, measuring 614 feet (187 m) in height, is the tallest of the three buildings that comprise the Azrieli Center. At the time the tower was completed in 1999, it was not only the tallest building in Tel Aviv, but the second tallest in all of Israel.