When being pursued by a rampaging Tyrannosaurus rex, it’s advisable to be versed in the art of parkour, if one hopes to have any chance at all of staying alive — especially when the dinosaur himself is an accomplished freerunner.

The original Jurassic Park film inspired cinematographer Devin Graham to begin making movies, so working with Universal Pictures on a promotional parody for the upcoming Jurassic World was a dream come true for the popular YouTuber. 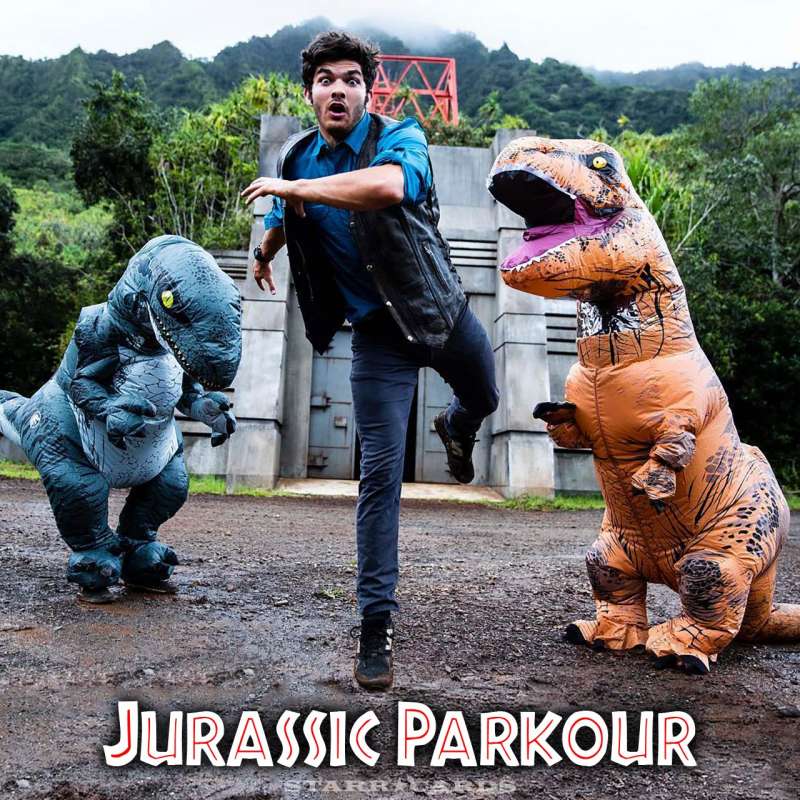 Most of Jurassic World at Kualoa Ranch, Oahu/Hawaii. You can go to these exact locations on their Movie Tours. Before booking your flight, however, you may want to make sure your travel insurance covers dinosaur attacks.

Chan’s parkour star has been on the rise following standout performances at Sky-Ladder Challenge on China’s iconic Tianmen Mountain and Red Bull Art of Motion on the picturesque Greek island of Santorini.