Jason Paul’s love affair with freerunning began in 2005 when his best friend introduced him to the sport via a parkour documentary. From that day forward, Paul’s world was transfigured – rooftops became pathways, staircases became launchpads, and walls welcomed backflips.

These days, Paul, sponsored by Red Bull and Go Pro, travels the world, turning disparate urban spaces into freerunning playgrounds. Even catching a flight for the next destination presents another opportunity for play. 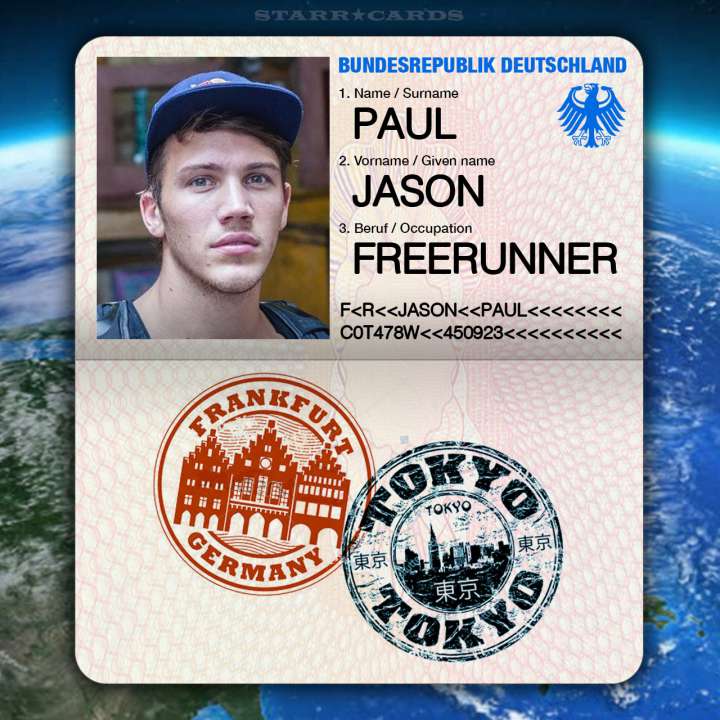 Tag along as we follow Paul on a couple globetrotting stops, starting in Germany, then heading to Japan…

Before taking his show on the road, Paul honed his freerunning skills in his hometown of Frankfurt, Germany. Hours of practice led to an ever-expanding bag of tricks, from frontflips to moon kicks and tic tacs.

“What you enjoy most when freerunning, is when you feel the flow. You don't really have to think about what you have to do. It just happens. It comes naturally to you.”

In the video above, Paul’s fluid style is on full display as he negotiates the crowded streets of downtown Tokyo. In 2011, he won his third Red Bull Art of Motion competition just south of the teeming metropolis in Japan’s second-largest city, Yokohama.