ANW Supergirl Jessie Graff is half Wonder Woman, half Spider-Woman

ANW Supergirl Jessie Graff is half Wonder Woman, half Spider-Woman

Rocking a shimmering outfit that was equal parts tribute to Wonder Woman and Spider-Woman, Jessie Graf raced on an American Ninja Warrior obstacle course erected adjacent to the Daytona National Speedway for the Daytona Beach Qualifiers.

By progressing through the better part of Rolling Thunder, the penultimate obstacle, the 33-year-old stuntwoman from Calabasas, California qualified for the City Finals as the top finisher among the women.

“I had a parent tell me that his daughter asked him why Wonder Woman was dress up as Jessie Graff. Having this kind of impact on kids is not something I ever imagined I could do.”

With each new success on ANW, it’s becoming increasingly difficult to tell the difference between Graff and the superheroes whose costumes she wears. Making matters even more confusing is the fact she does done stunt work for the Supergirl TV series. Wonder Woman, Supergirl or Spider-Woman? Maybe all of the above, and then some… 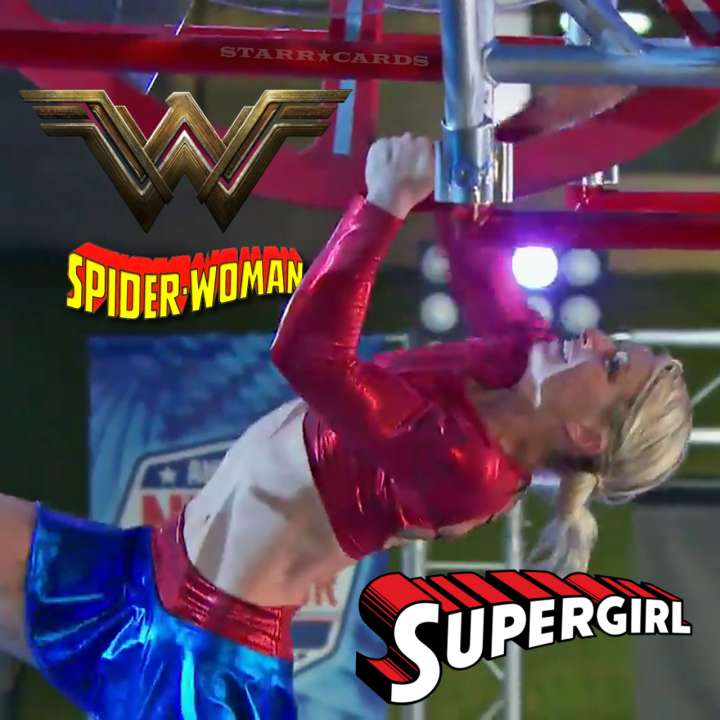 One thing is for sure; she must have execs at DC and Marvel comics flummoxed as to her loyalties.