Every sport has at least one or two speed demons among its most legendary players — baseball’s Willie Wilson and Vince Coleman terrorized opposing pitchers with their speed on the bases; basketball’s “Pistol” Pete Maravich blazed his way through defenders on his way to the hoop; football’s Bo Jackson ran a hand-timed 40-yard dash in 4.12 seconds; and hockey’s Maurice “Rocket” Richard skated his way into the Hall of Fame.

The obstacle-racing show American Ninja Warrior, although less than a decade old, already has its own stable of established thoroughbreds — including Lorin Ball and Flip Rodriguez — but none quite as fast as Drew Drechsel aka “The Real-Life Ninja”.

As is his prerogative, Drechsel attacked Stage 1 at the Las Vegas National Finals at an all-out sprint. Aside from getting tangled up momentarily on the Propeller Bar, the gym owner made the remaining obstacles look like child’s play. 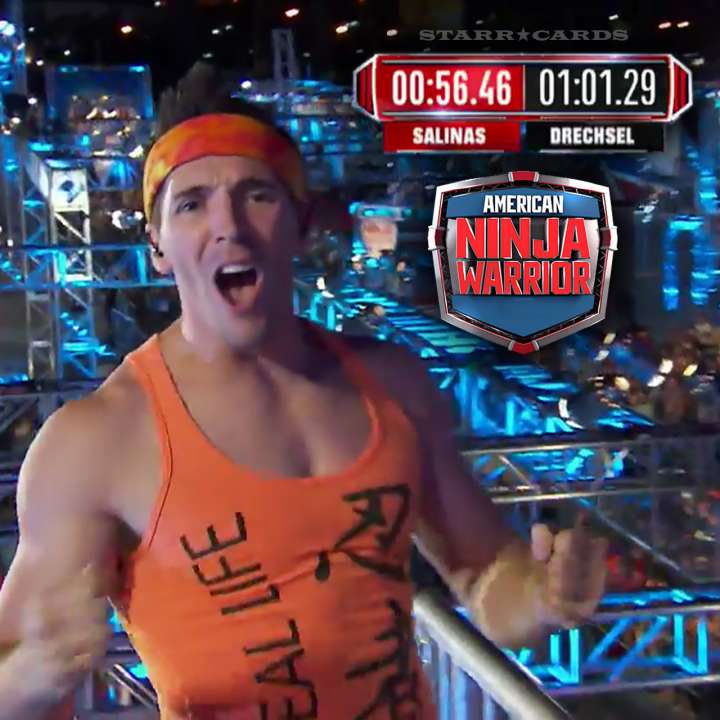 While other runners struggled to complete the course in the allotted two minutes and 35 seconds, Drechsel emphatically slapped the buzzer with more than a minute remaining on the clock. Next week, he will be joined by almost 40 other competitors to try their luck on the course’s remaining three stages and a shot at the million-dollar prize.

Last night’s action was notable too for marking the last run of the sport’s first bonafide star, Kacy Catanzaro. The one-time gymnast, who inspired a legion of girls to purse obstacle racing, finally conquered her nemesis in the Propeller Bar but failed to complete the Wave Runner obstacle which followed.

“No one has been a more inspirational figure to women, men, and the entire ninja community. Mighty Kacy will be missed.”