Kanak, a California native, recently moved to Grenzau, Germany, looking to take that next step in his development and training. Far away from home and with few distractions from table tennis, he is striving to perfect his craft and join the ranks of the game’s elite with his sites set on Tokyo 2020. 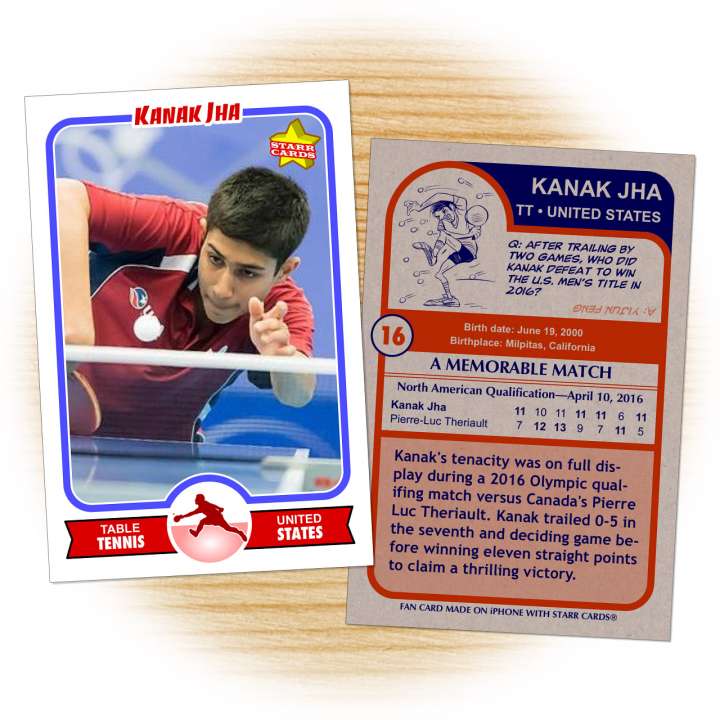 Kanak’s relentless, consistent approach to game play means he’s never out of a match. His tenacity was on full display during a semi-final at the 2016 Olympic qualifiers.

Playing in front of a partisan crowd in Toronto against Canadian Pierre-Luc Theriault, Kanak trailed 0-5 in the seventh and deciding game before he reeled off eleven straight points to claim a thrilling victory.

“It seems to me that he tunes everything out. There could be 500 people cheering against him and he is in a different zone. It's pretty remarkable.”

Kanak started playing table tennis at the age of 5, after watching his older sister Prachi play at a local recreation center. Today, as a top-20 ranked player in the United States, Prachi can still provide Kanak with some stiff competition.

Before Kanak’s move to Germany, the siblings lived together in Sweden for a time where their skills were elevated by club play.

Both Jhas employ the shake-hand grip, and their paddle of choice is the Butterfly Timo Boll ALC with Tenergy rubbers applied on both faces if the blade.