Almost fifty years after ping pong diplomacy paved the way to better relations between the Peoples Republic of China and the United States, Dennis Rodman can be credited for taking a page from its playbook with regards to North Korea.

In 2013, Rodman made his first trip to North Korea as part of basketball delegation organized by VICE News that included three Harlem Globetrotters. The story behind his invitation on the trip is rather convoluted.

Years before the groundbreaking trip, former U.S. Secretary of State Madeleine Albright had gifted a Michael Jordan-signed basketball to then leader Kim Jong-il, which solidified the ruling family’s fandom of the Chicago Bulls. After VICE unsuccessfully reached out to Jordan and Scottie Pippen to come on their trip, they settled on Rodman who had won three NBA titles with the Bulls from 1996-98. 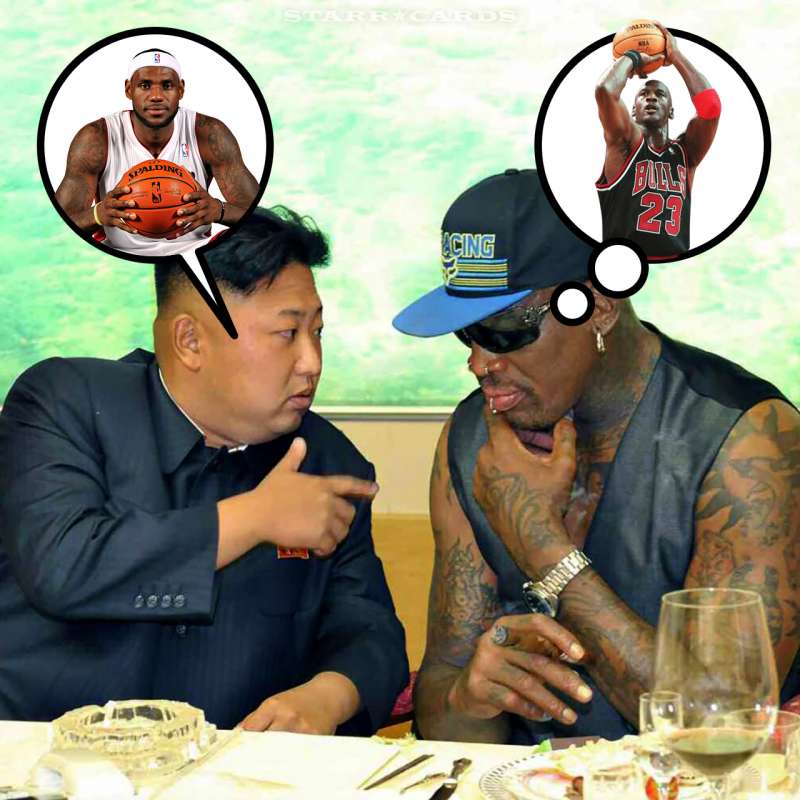 The notoriously-offbeat Rodman unsurprisingly hit it off with Kim Jong-il’s son, Kim Jong-un, who in late 2011 had taken over as the latest in a line of Kim-family dictators that have ruled North Korea since its founding in 1948.

AS THE WORM TURNS

In the years since that first meeting, Rodman has returned to North Korea four times to hang with the pint-sized authoritarian, and is now proud for the part he played in the thawing relations with the United States after a year’s worth of nuke-brandishing, name-calling bravado by the country’s respective leaders.

The template for Rodman’s sports-as-diplomacy efforts was laid in 1971 during a series of meetings between the United States and Chinese table tennis teams. The improved relations led to President Richard Nixon to become the first U.S. President to visit the PRC in 1972.