They say what happens in Vegas stays in Vegas, but when you’re known as the “Papal Ninja” that advertising slogan doesn’t necessarily pass muster. Just ask Sean Bryan whose obstacle-racing exploits in Sin City are now racking up thousands of views on YouTube.

Supported by a throng of prayerful supporters, Bryan was the first of three competitors to complete Stage 2 of the American Ninja Warrior 2017 Las Vegas National Finals. 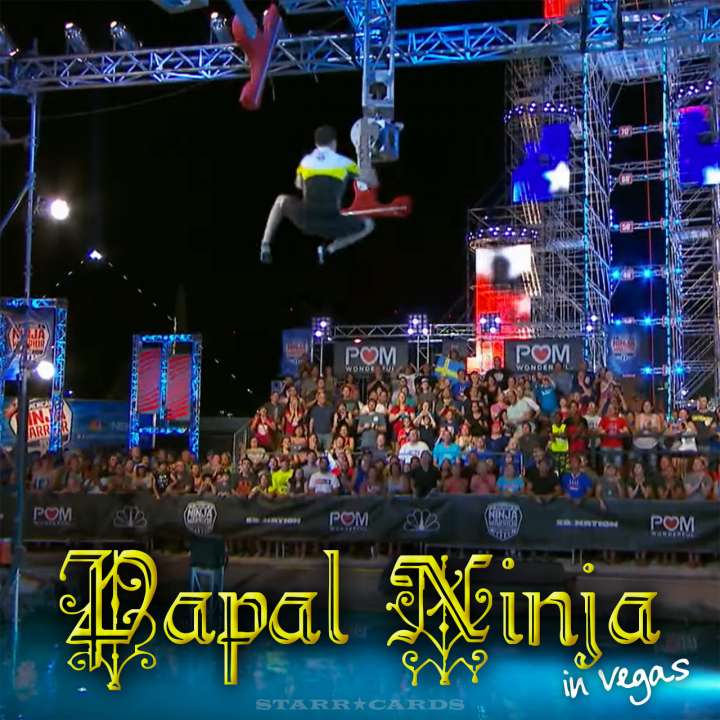 To reach the buzzer, Bryan had to solve the new Wing-Nut Alley obstacle that had sent all prior ninjas splashing out of the competition. The former UC Berkeley gymnast put his flying skills on display in negotiating the four handholds separated by distance, although his butt-first dismount may have cost him style points.

On Stage 3, Bryan made it past the Floating Boards, Keylock Hang and Nail Clipper obstacles before the Ultimate Cliffhanger finally exhausted his grip strength.