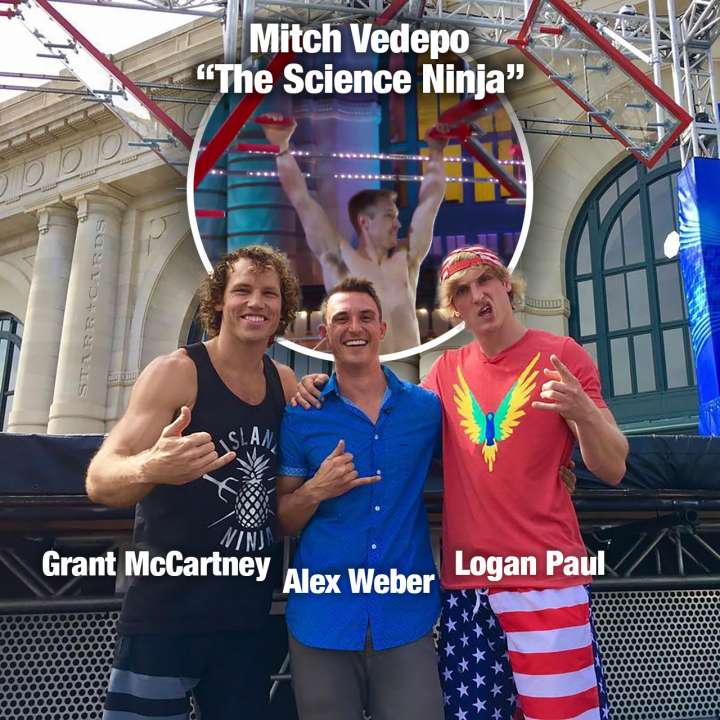 Paul, who recently passed 10 million subscribers on YouTube, showed early promise, but his grip gave out on the first of three pegged panels.

On the night of the actual competition, University of Kansas doctoral student Mitch Vedepo — better known as the Science Ninja — was one of the few contestants to reach the Iron Maiden.

Vedepo conquered the obstacle, but his grip gave out on the following Elevator Climb just short of the 30-foot-tall buzzer platform. Despite not finishing, the Science Ninja’s run was the best of the night and secured him a berth in the Vegas Finals in two weeks.

The second best run of the night belonged to five-foot-one “Muscle Ball” Tyler Yamauchi. A four-time All-American gymnast when he attended the University of Illinois, Yamauchi cruised through the obstacles before muffing his dismount from the Iron Maiden.