Japanese culture, which highly values conformity, has produced some of the greatest synchronized swimming teams in the history of the sport, but they’ve always been comprised of women — until now. A boys swim club from Yamashiro high school in Kyoto put together an elaborate routine set to “Let It Go” from Disney’s animated feature Frozen. 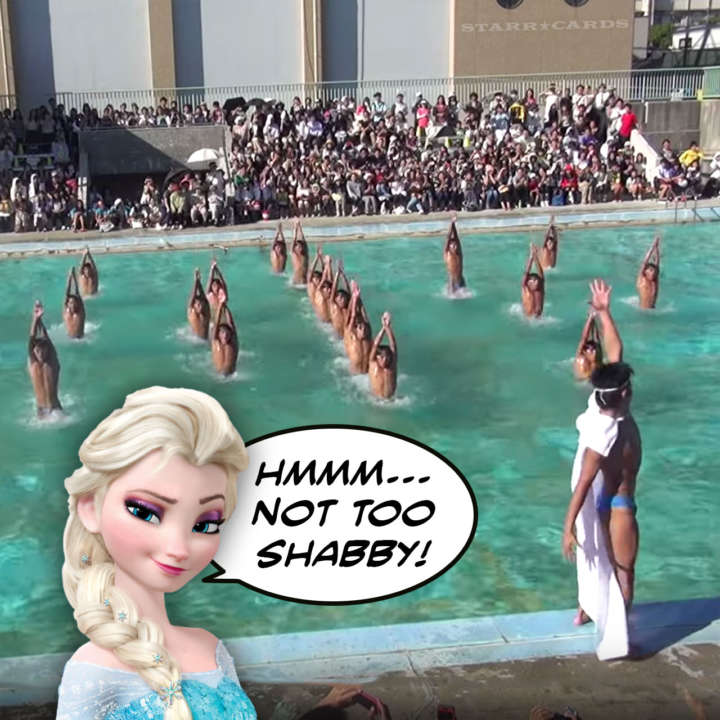 Instead of Queen Elsa commanding the ice and snow to build an ice palace high in the mountains, a speedo-clad boy wearing a towel for a cape walks poolside while directing his classmates to create different formations in the water.

SING ALONG IN JAPANESE

For those wanting to learn the Japanese lyrics to “Let It Go”, the video above provides the song with both kana and romaji subtitles.