Jurgen Schmidt, the star of Speedo ad from two years ago, is a competitive swimmer from Huntington Beach, California, who logs an impressive 2,000 yards in the pool five to seven days a week. He’s also a nonagenarian. If that term doesn’t sound familiar, it’s because there aren’t a whole lot of people still kicking around in their nineties.

Until recently, Schmidt has been competing in ten to twelve meets a year where the competitors are sometimes decades younger — yet he still manages the occasional win. He was part of a 2-man, 2-woman freestyle relay team averaging 90-years-old that shattered their age-group world record by almost a full minute. 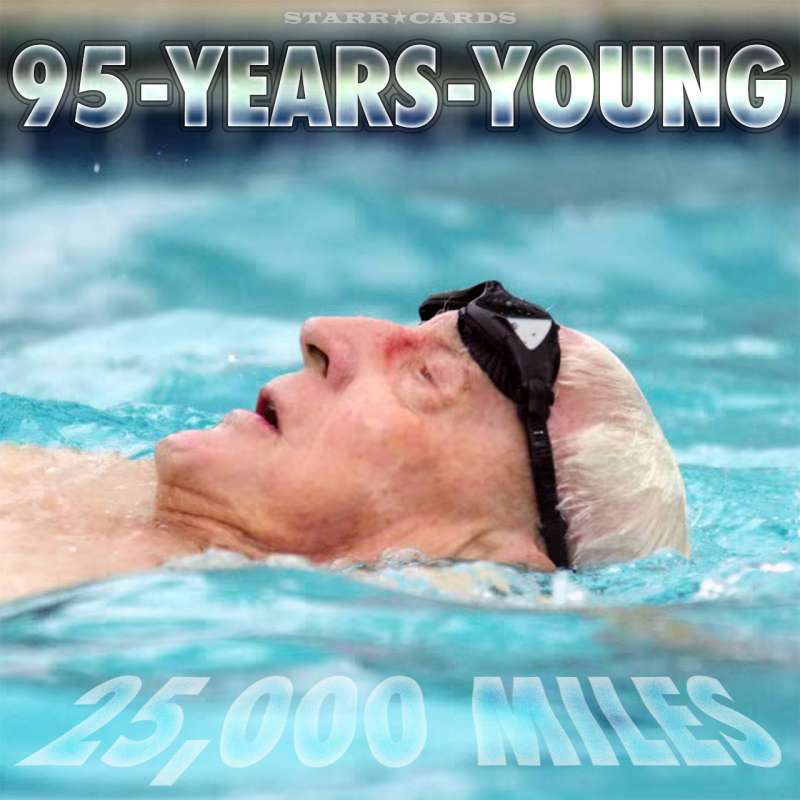 “In the afternoon, you have water walkers and noodle floaters in the pool. If you want a real workout, you can't do it with a bunch of other people in the water.”

— Jurgen Schmidt, on why he swims at 5am

Schmidt, a Navy veteran, estimates he has swum nearly 25,000 miles over the course of his lifetime. Put another way, that’s the same as swimming one’s way once around the earth at the equator.

At the risk of producing future competitive 90-somethings, Schmidt freely divulges his five secrets to remaining fit as one nears their 100th circumnavigation of the sun.

And always remember to breathe!

AT THE OTHER END OF THE SPECTRUM

Speedo’s “Fueled by Water” campaign also includes a video featuring swimmers at the other end of the age spectrum. José, Caitlyn, Natalie, Nicolai, Isabela, and Mina have 80-plus years of pool time to catch up to Schmidt.