Wow! The best way to finish! It has been an honor to represent the USA! A true dream come true!!! #23 #28 #usarelay #gettysport

MINING FOR MEDALS IN RIO

With 22 medals won in the previous four Games, Phelps entered the 2016 Olympic Games having already distinguished himself as greatest Olympian of all time. In Brazil, he put in yet another typical workweek…

By week’s end, Phelps had added to his record collection of Olympic hardware with his 23rd gold medal and 28th overall. 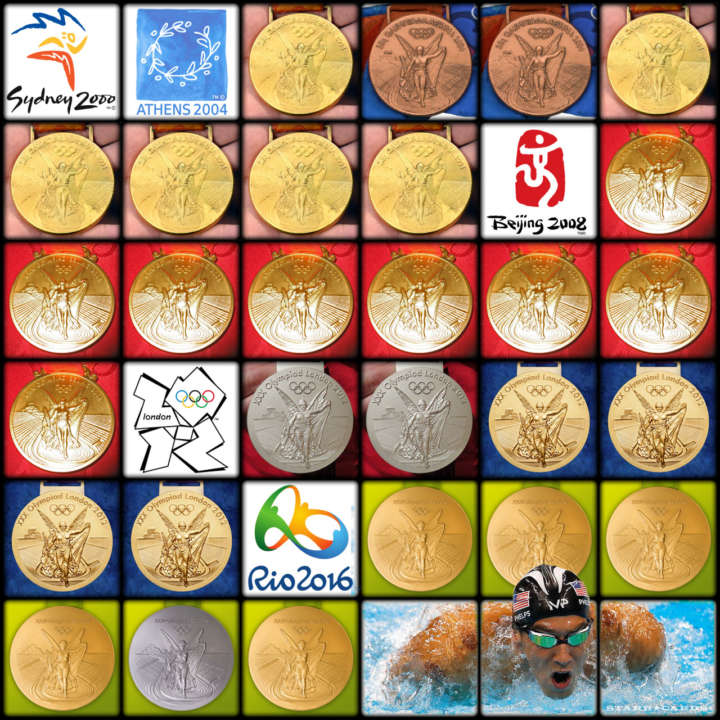 While Phelps’ success is globally recognized, can you name any of the six other athletes in history to win 13 or more Olympic medals? Interestingly, of the seven elite Olympians, none have more lesser medals than greater (in other words, none have more silver than gold, or more bronze than silver).