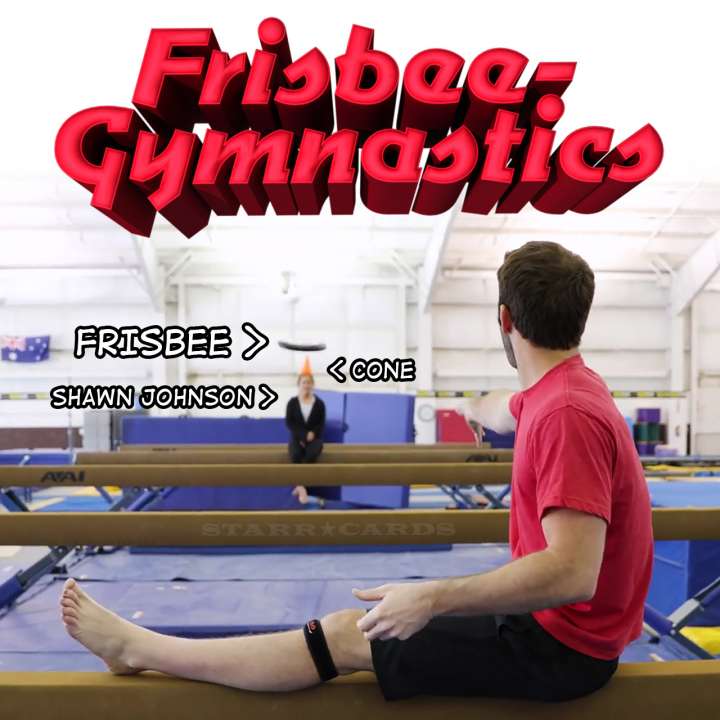 The pair met in a fully-appointed gym to create an entry for the Megastar Millionaire contest. One of their more daring trick shots had Smith, seated on a balance beam, knock a cone from atop Johnson’s head with an expert toss of the frisbee.

Johnson attempted to coach Smith in the basics of gymnastics, but the 4-time ultimate-frisbee national champion struggled with his balance on the beam and was stiff as a board while tumbling on the floor.

For her part, Johnson showed flashes of the same form that wowed judges during her winning balance beam routine at the 2008 Olympic Games. Husband Andrew East, former long snapper for the Vanderbilt football team, joined in on the fun with a trick shot of his own…