Nike is promoting its “Unlimited” shoe line with a series of slickly-produced videos featuring a number of elite athletes, the majority of whom will be competing at the Rio Olympics a week from now.

Most notable of the Nike-sponsored stars that will watch the Games from afar are LeBron James who is taking a well-deserved rest from basketball after leading the Cleveland Cavaliers to the NBA Championship in early June, and Rory McIlroy who decided to forgo the trip to Brazil over Zika virus concerns. 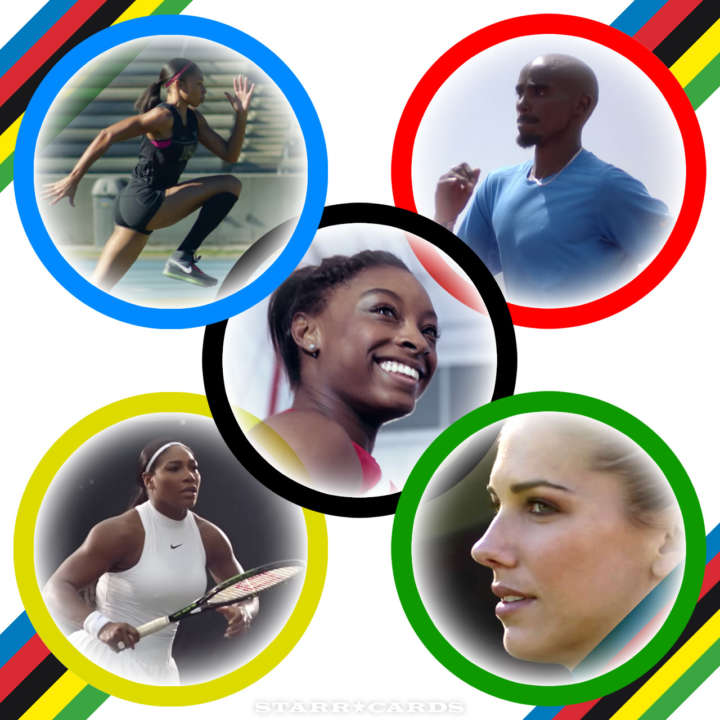 Of the Unlimited athletes that will be starring in Rio, sprinter Allyson Felix has the most Olympic medals to her name, having won 4 golds and 2 silvers over the course of the two previous Games.

“I feel that my running is completely a gift from God and it is my responsibility to use it to glorify him.”

“I've had to learn to fight all my life - got to learn to keep smiling. If you smile things will work out.”

“Gold medals are made out of sweat, blood and tears and effort in the gym every day.”

“I'd rather regret the risks that didn't work out than the chances I didn't take at all.”

“I'm putting my body through hell every day to make sure I do myself proud in Rio.”

“Always work hard, never give up, and fight until the end, because it's never really over until the whistle blows.”

“Self-motivation is the driving force behind every success. If you don’t have what you want, then its time to work even harder. Have a great day.”

“I could do whatever I wanted as a girl, whatever my brother did. I could play against the boys and achieve whatever they did.”

“The next time I cry about golf it will only be with joy. It's not worth crying over golf for any other reason. After all, it's only a game.”

As for Nike’s Unlimited Olympic Collection itself, the shoe designers decided on a vibrant palette that brings to mind Rio’s colorful carnival celebration.

The line debuts on August 4, so it’s possible to wear the new kicks to the Opening Ceremony…