When one thinks of ice skating, names like Katerina Witt, Yuzuru Hanyu, Brian Orser, and Michelle Kwan come to mind, but the legendary Olympians may be getting more competition in the future from a wholly unexpected group… skateboarders.

You may already be familiar with the crazed wanderings of Roope Tonteri’s travelling mini-ramp. The Finnish snowboarder has resolved the quandary of “nice ramp, shame about the neighbourhood” by bringing his own ramp to just about wherever his heart may roam.

High in the treeline or floated out across a lily-pond lake, and now onto the ice floes of a dead Finnish winter, Tonteri’s mini ramps are a thing of wonder. Tonteri was joined by buddy Jaakko Ojanen to skate mini ramp transitions on an spinning ice carousel.

For full effect, the pair cut a massive disc out of the ice using chainsaws so that the ramp could gently spin to catch the wilderness panorama while they skated.

Skater Andrew Schrock came upon a nature-made field of ice outside ReVive Skateboard’s Shredquarters in Cincinnati, Ohio, and immediately recognized the opportunity for an awesome vid. What better way to do it than hold an ice skating challenge?

For a wholly different take on ice skating, John Hill joined Shrock at the Shredquarters to skate a couple of boards which were themselves made of ice. The first board actually held up for a few passes, but the second crumbled immediately on the ramp. 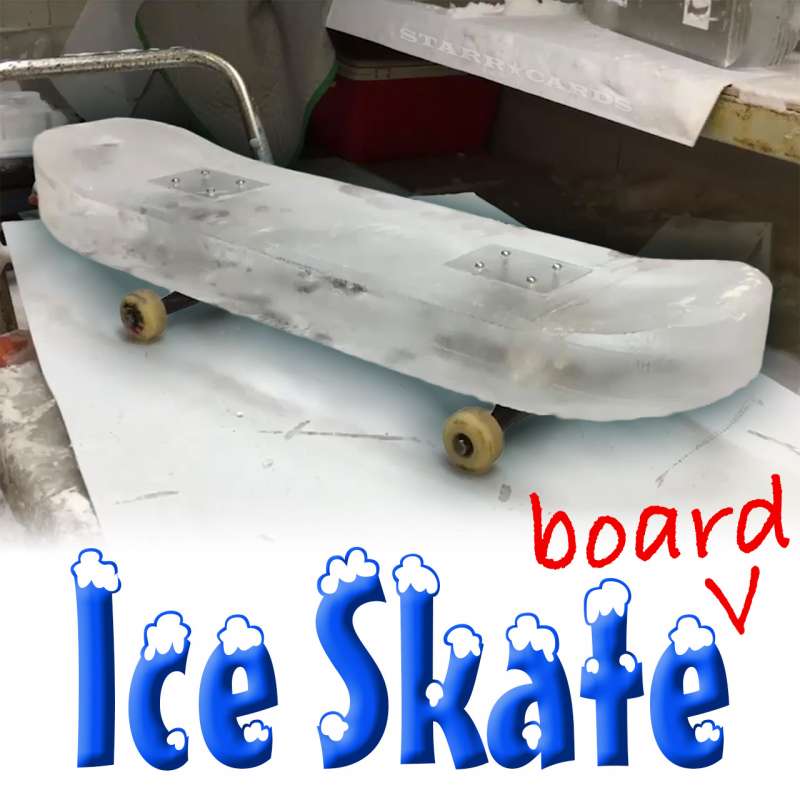 Be sure to stick around for the second half of the video where Hill documents how the ice boards were created at the Artic Diamond: Handcrafted Ice Sculptures shop.