Mullen’s tricks were filmed with a phantom high speed camera at 1000 frames per second, allowing Cowern to study them like never before. One thing the San Diego-based scientist noticed very early on is the paucity of tricks that flip the board about its short axis. 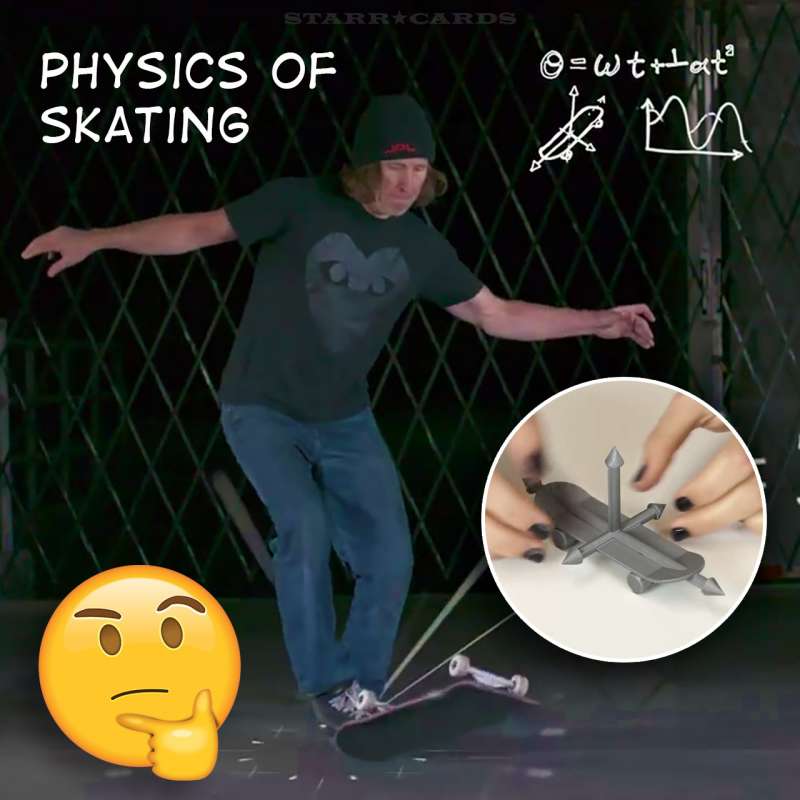 Mullen’s “Impossible” trick, wherein the board wraps vertically over the back foot in a 360 degree rotation, is made possible by the guidance of the foot. Without this stabilizing influence, the board would revert to rotating about its dominant axes.

In an earlier exuberant TED Talks appearance, Mullen shared his love of the open skateboarding community and how the unique environments it plays in drive the creation of new tricks — fostering prolific ingenuity purely for passion’s sake.