Cats that enjoy the water are rare. Rarer still are cats that surf. Rarest of all, is a one-eyed surfing cat. In all likelihood there’s just one such creature on the planet and that tawny-haired feline resides in Honolulu, Hawaii.

Nānākuli, or Kuli for short, was the fulfillment of a whimsical wish verbalized by Alex Gomez to her roommate Krista Littleton, a fellow special-education teacher. 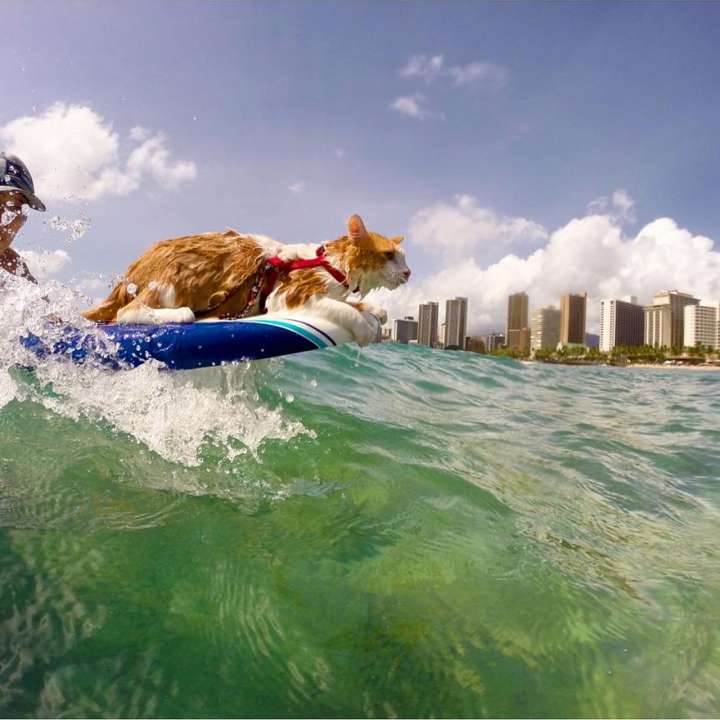 “Almost a year ago, over waffles, Alex was explaining one of the many translations for the name Nanakuli. Nanakuli means to look blind. Alex joked about getting a one-eyed orange cat and naming him just that.”

Gomez and Littleton adopted a 3-month-old kitten that fit the bill through CatFriends, a Oahu-based non-profit that champions abandoned and feral cats. The street rescue had been found in an area known as Nanakuli and lost an eye due to infection.

KULI GETS IN THE WATER 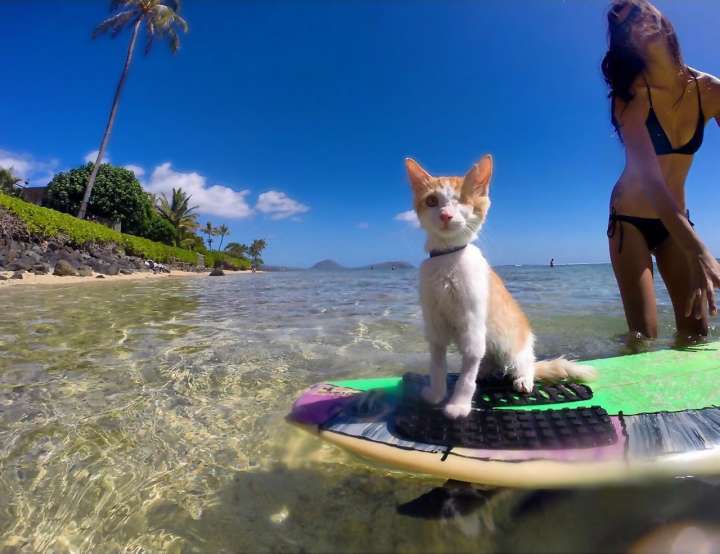 Kuli’s ailments necessitated frequent baths, which helped ameliorate an initial aversion to water. During his recovery, Kuli was taken to the beach and Gomez slowly introduced him to surfing. Originally outfitted with a life vest, the furry surfer often goes au naturale these days.

Kuli’s ongoing surf adventures can be followed on Instagram @kulithesurfingcat.

Out of the water, Kuli — like any cultured cat — enjoys a good read… 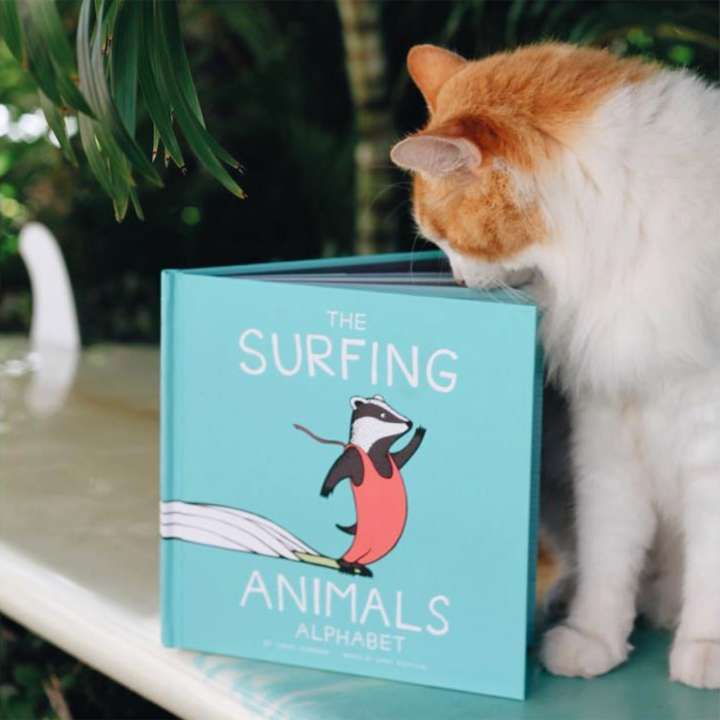