Traditional cinematic movies are still shot at 24 frames per second — a rate that’s been around since the inception of motion pictures. To show action in slow motion, one needs to capture a greater number of frames per second, then play the footage back at the lower rate. Video shot at 48 FPS, for example, appears at half speed when played back at 24 FPS.

Filmmaker Chris Bryan, used a Phantom Flex camera with underwater housing to capture some draw-dropping surfing action at 1000 FPS. The video opens with Australian surfer Mark Matthews getting chewed up by a monster wave after a gorgeous descent down the face. 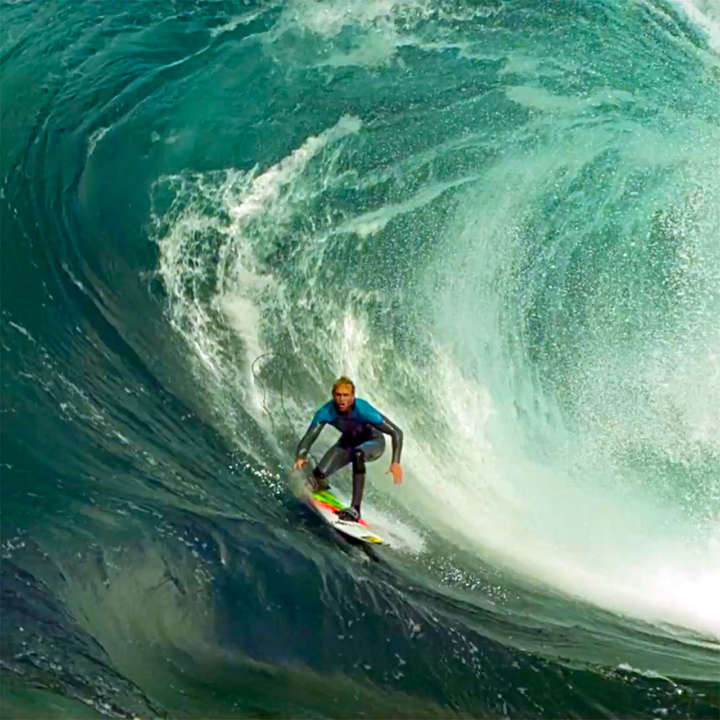 “I think anything to do with water makes for great slow-motion imagery. The fact that when things are slowed down, you get to see every tiny drop of water displacement. To me that's pretty amazing.”

A pair of ultra-slow-mo backflips and a tweaked-out stalefish by Florence also come courtesy of Bryan and his Phantom-cam. Lest one be lulled into believing the tricks aren’t so terribly difficult, consider that every 40 seconds of the video equals one second in realtime.