The Olympic Committee is famously slow in adding any new events to the world’s most hallowed athletic competition — it wasn’t until 1998 that snowboarding was finally included at the Winter Games for example — so it may be awhile until a mountain bike event is added… but the wait will be worth it.

Anyone who has ever skied or snowboarded Wyoming’s Jackson Hole knows just how nerve-racking it can be to send it into the infamous Corbet’s Couloir, even in the best of conditions. Doing it in icy conditions on mountain bikes is nothing short of insane, and that’s exactly what Cam McCaul and Casey Brown did.

Corbet’s Couloir is one of the most legendary and challenging ski runs in the world. In the spring of 2017, pursued by skier Tim Durtschi, McCaul and Brown completed the first ever Mountain Bike descent of the double black diamond ski run.

HOW THEY DID IT

“Even though crashing at the bottom of it was inevitable, I felt like there was a huge accomplishment in that. When other people are stoked on what you're doing, that's huge.”

The behind-the-scenes look at Cam and Casey’s historical descent of Corbet’s Couloir vividly details how challenging the pioneering run was. 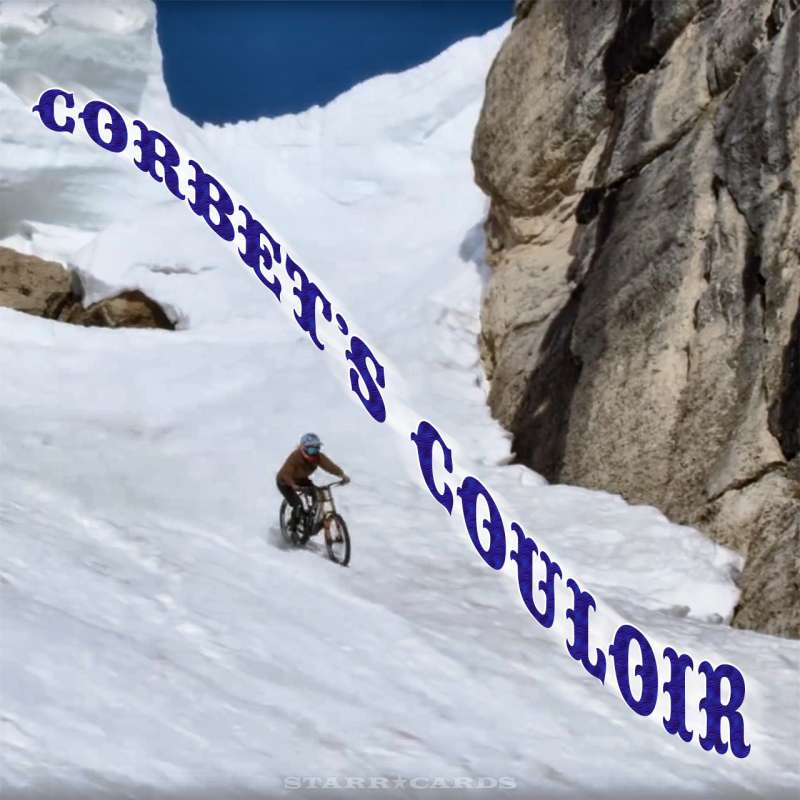 There’s a litany of other adjectives you could prescribe to the lines McCaul and Brown threw down — sketchy, heavy, and borderline suicidal all come to mind — but ultimately, the end result was jaw-dropping.