A century before golfer Tiger Woods became the first African-American to win the Masters with a record 12-stroke margin of victory, another black man similarly redefined what was possible in a white-dominated sport.

On December 7, 1896, Marshall “Major” Taylor entered a grueling 6-day marathon held at Madison Square Garden in what was then America’s most popular sport — cycling. Ten years younger than the average contestant, Taylor managed an eighth-place finish as the event’s lone black man. 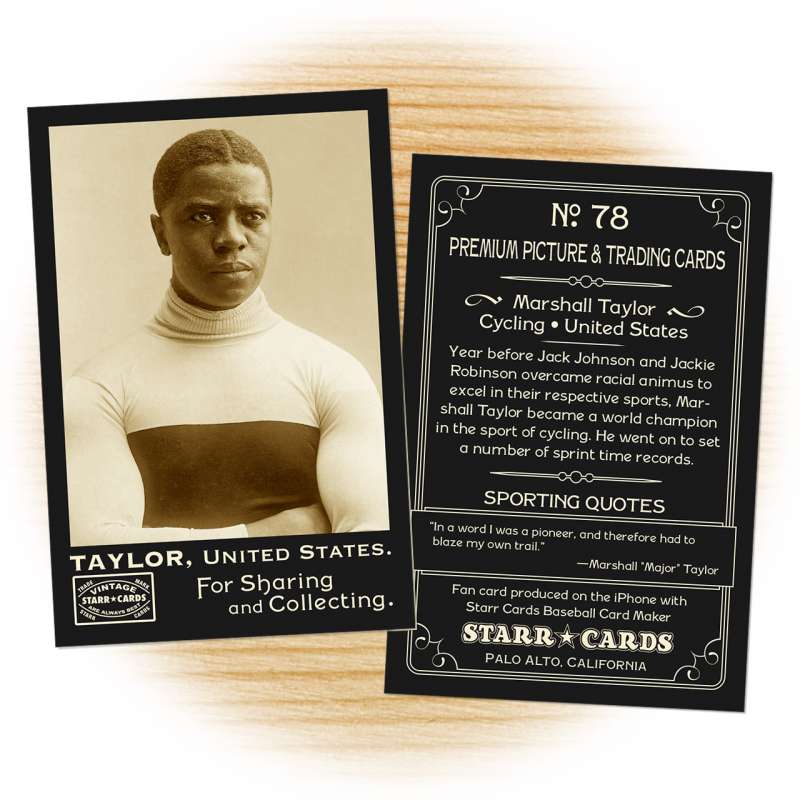 While still a teenager, Taylor went on to set seven cycling world records, and became the first African American world champion in sports history when he won the 1899 world track championships in Montreal, Canada.

The son of a civil war soldier and grandson of a slave, Taylor received his first bike when he was 12-years-old from his father’s well-to-do employer in Indianapolis, Indiana. He later worked as a stunt rider for a local bike store, earning the nickname “Major” due to the military garb he wore.

“Life is too short for a man to hold bitterness in his heart.”

In 1895, Taylor moved to Massachusetts where he joined the Albion Cycling Club and raced for friend Louis D. Munger’s Worcester Cycle Manufacturing Company. As wins piled up, newspapers variously referred to Taylor as the “Worcester Whirlwind,” “Black Cyclone,” and “Ebony Flyer.”

Barred from racing in the South due to his color, Taylor continue racing in the Northeast — despite being the target of racial taunts, thrown ice and nails — and eventually competed internationally. Although he lost his earnings in the Wall Street crash of 1929, for a time he was one of the wealthiest athletes in the country.