For the past five years, Red Bull has been sponsoring a very different kind of fox hunt, wherein world-champion racing cyclist Gee Atherton (the “fox”) attempts to outrace a pack of 400 mountain bikers. 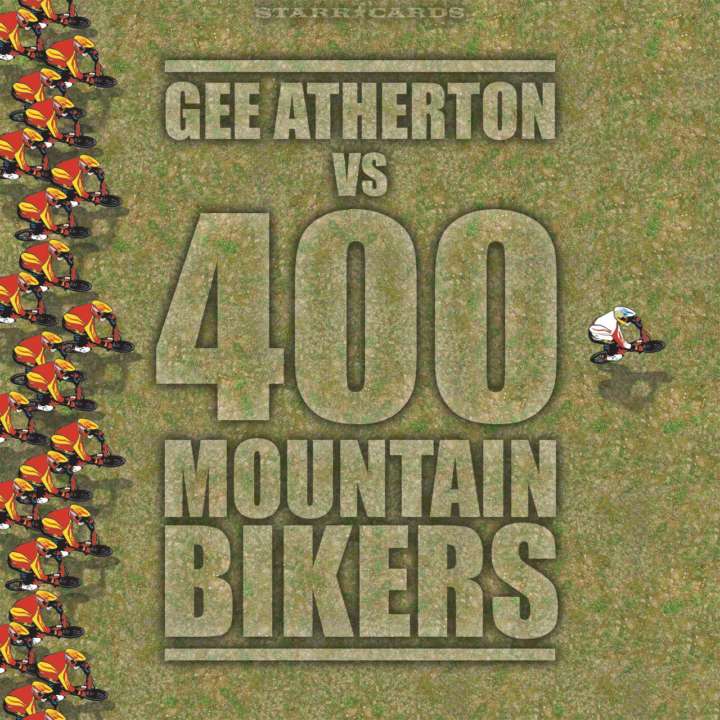 Last year, starting at the very back of the pack, Atherton managed to outrace all but one of the 400 “hounds” as they took on the 3.5 mile downhill trail on Rostrevor Mountain in Ireland.

Atherton’s first-person point-of-view video illustrates just how nimbly he navigated around the dozens of bikers that clogged the treacherous trail in front — while hitting speeds in excess of 50 km/h.

#RedBullFoxhunt is a wrap and it was wild!! Fastest course by far and some wild over takes! Stoked to make it to 2nd, Sorry to anyone that hit the deck, there were some moves! Amazing weekend from @redbullire good work guys! 📷 @Sebastianmarko

This year’s “fox hunt”, scheduled for October 7-8, features Gee’s sister Rachel, and will take place on a brand new course at a secret location near the Atherton’s hometown in Machynlleth, Wales.

In 2015, Atherton was able to experience the Red Bull Hardline trail all by his lonesome, as he was used as a guinea pig for the course built by his brother Dan on a remote mountainside in Wales.

Hitting some Gs in a super tight berm at Hardline this year!! This turn pulled you in then spat you out!! So much fun tho!! Shot on my @gopro #hero4session