World Cup of football flavors: Soccer on wheels, from hoverboards to hatchbacks

World Cup of football flavors: Soccer on wheels, from hoverboards to hatchbacks

With just a few weeks left until FIFA World Cup mania once again grips the world, we continue to explore the various forms of football played around the globe. 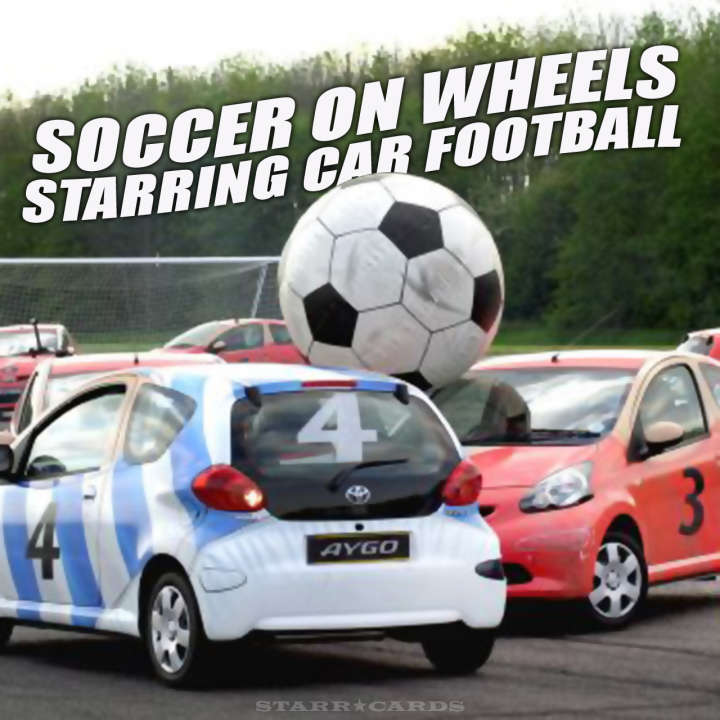 Hoverboards, or “handsfree Segways,” are all the rage right now, so it’s only natural that they would commingle with the world’s most popular sport in some fashion.

Cycle ball is soccer played on specialized bikes that look a bit like low riders and has been around a lot longer than you might expect. It was pioneered in 1893 by a German-American by the name of Nicholas Edward Kaufmann.

A motoball match is played on a regular soccer field, complete with goal posts. There are two teams of five players each – four riders and a goalie, who is the only one not riding a bike. The players on motorcycles chase a large ball that is 40 cm in diameter and weighs about one kilogram.

Combine skateboarding tricks with competitive football and you have the recipe for an entertaining black and white Italian sports film that would make Roberto Rossellini proud. Would Nyjah Huston be the Lionel Messi of the sport?

Power soccer (also known as powerchair football) originated in France some forty years ago and features teams of 4 players competing in power wheelchairs. Team USA is undefeated in Powerchair Football World Cups, having won the inaugural competition in 2007, and repeating as champs in 2011.

A few years back, BBC’s popular “Top Gear” show hosted a car soccer match with strong international flavor — a team of Brazilian-made German cars were pitting against Czech Republic-made Japanese cars. You will have to watch the video to find out if the Volkswagen Fox was a match for the previous-champion Toyota Aygo.