Live It Up: Will Smith takes us behind the scenes of the official 2018 FIFA World Cup anthem

Live It Up: Will Smith takes us behind the scenes of the official 2018 FIFA World Cup anthem

For many decades now, each iteration of the FIFA World Cup has come with its own official and semi-official anthems. Last time around, in Brazil, the official song was “We Are One (Ole Ola)” by Cuban American rapper Pitbull.

For the 2018 FIFA World Cup the official anthem is a new track from Nicky Jam called “Live it Up” featuring Will Smith and Kosavar singer Era Istrefi. 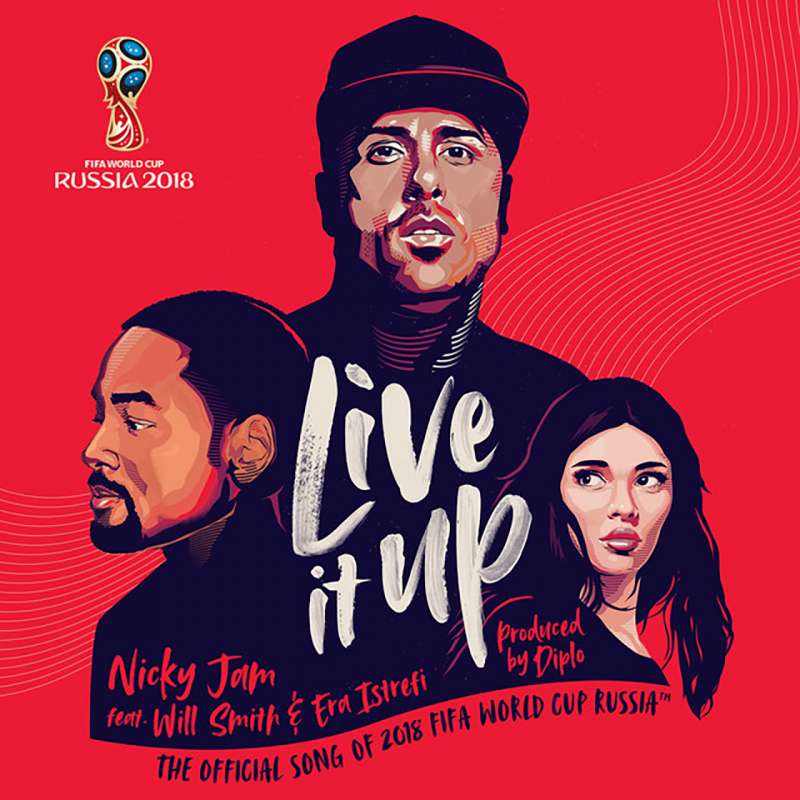 In the video, scenes of Jam, Istrefi and Smith singing alongside football fans are spliced with clips from previous world cups featuring megastars Lionel Messi, Cristiano Ronaldo, among others.

“That's what I love about the World Cup. We all come together to explore our diversity, while — at the same time — reveling in our oneness.”

A couple days after the video for “Live It Up” was released, Smith hosted a behind the scenes look at its making in which he reveals the rate of gravitational acceleration on Earth (9.8 m/s2) and attempts to replicate Ronaldinho’s trick shot with the soccer ball.