Luck vs Skill: Comparing the role of chance in hockey, football, baseball, soccer and basketball

Luck vs Skill: Comparing the role of chance in hockey, football, baseball, soccer and basketball

There’s an old adage in sports that it’s better to be lucky than good, but how much of a role does chance play in determining a team’s success?

LUCK VS SKILL IN SPORTS

In his book, The Success Equation, Michael Mauboussin places sports on the skill-luck continuum by using a statistical technique earlier demonstrated by sports data analysts. Factors increasing the randomness of results include fewer games in a season, more players in action, and fewer scoring opportunities. 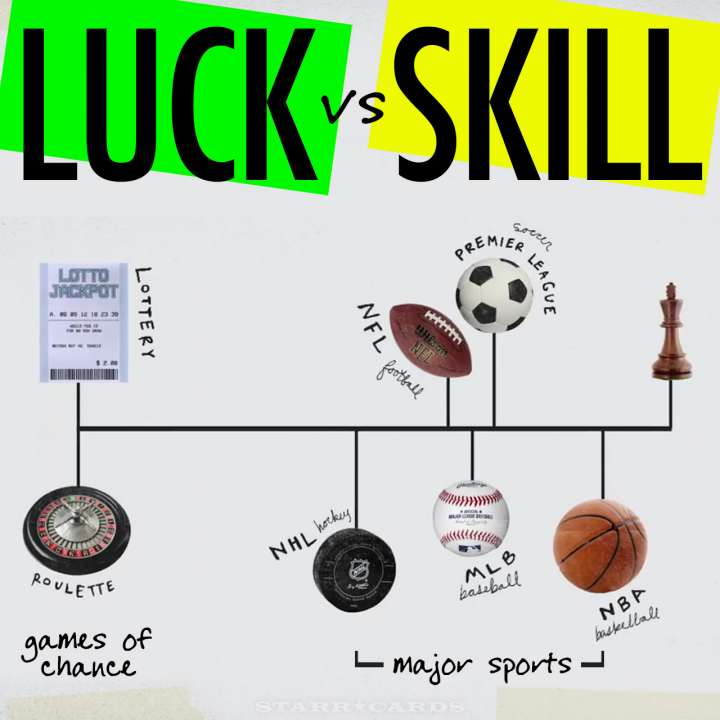 Mauboussin found that season standings for the NBA reflect skill levels more so than the seasons of other major team sports, with NHL hockey falling closest to the luck side of the continuum. Baseball falls almost smack dab in the middle, with football (less skill) and soccer (more skill) clustered nearby in the results.

While pro basketball standings may best reflect the skill-level of its players, that doesn’t mean luck doesn’t play a factor. Check out some of the unintentional baskets in NBA history in the the above video.