When the Tom Brady/Bill Belichick era kicked off in Foxborough, few would have predicted that their partnership would lead to a record seven Super Bowl appearances for the New England Patriots.

Fewer still would have ever guessed that the pair would one day be featured in a claymation as bar patrons requesting songs from a sombrero-wearing guitarrista in NFL commissioner Roger Goodell. 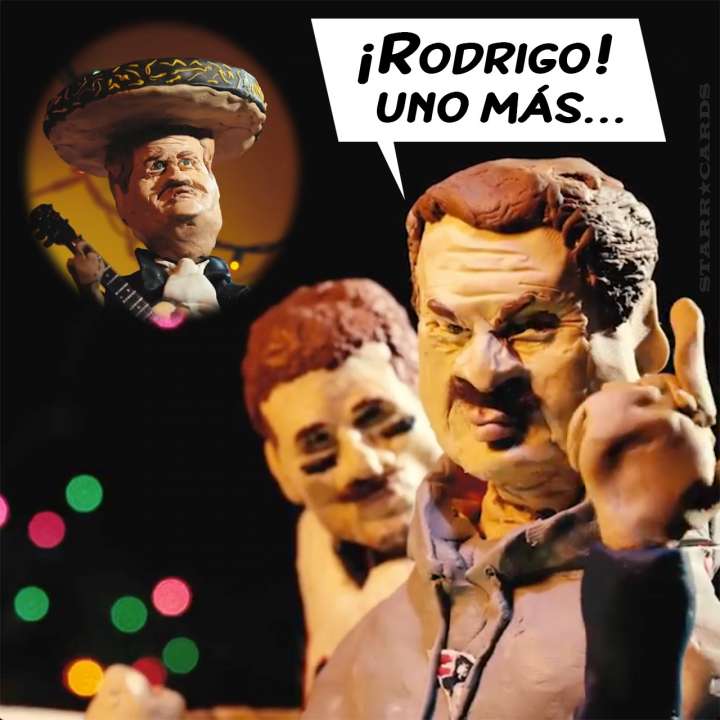 And yet both improbabilities have come to pass, the latter courtesy of stop-motion artist AZXD. Here we present his creative takes on Brady, Belichick and a slew of other football stars including Eli and Peyton Manning, Cam Newton, Richard Sherman, Odell Beckham Jr. and Michigan coach Jim Harbaugh.

Brady’s teammate Rob Gronkowski got his own stop-motion animation treatment on the strength of his hip-hop worm move.

Newton and the elder Manning turn the dab into a graceful ballet and won’t let Brady steal the show.

In another claymation Denver Broncos Manning touts his former arm strength to Indianapolis Colts Manning before tossing a chunk of food into bicycling brother Manning.

Former Green Bay Packers quarterback Brett Favre was mic’d up after meeting Pat Morita (better known as Mr. Miyagi from the Karate Kid), and the rest is history.

Leave it to AZXD to reimagine Beckham Jr.’s hair as boiled ramen noodles.

The difficulty of OBJ’s one-handed TD catch versus the Dallas Cowboys can be compared to many things, but catching a fly with chopsticks? Mister Miyagi would approve…

New Orleans Saints Steve Gleason blocked an Atlanta Falcons punt in the Superdome, setting off the first big party in the Big Easy after the devastation wrought by Hurricane Katrina.

Many opposing coaches have fantasized about seeing Jim Harbaugh’s head explode, but it took the artistry of AZXD to actually make it happen.

AZXD had to re-dub his recreation of Richard Sherman’s famous postgame rant after Fox Sports threatened legal action over the use of the audio. Seriously?

In 2015, Minnesota Vikings running back Adrian Peterson and St. Louis Rams counterpart Todd Gurley made opposing defenses look like they had feet of clay.

The nifty running of Chicago Bears legend Walter Payton is almost as sweet in claymation as in real-life.