How does New England Patriots tight end Rob Gronkowski supplement his partying budget? He works undercover as a driver for the ride sharing service Lyft in the Foxborough, Massachusetts area.

“You know that Tom guy? He does throw it to Gronk and the way he spikes the football is just so cool to me. 'The Gronk'. You ever hear people say that here in New England?”

Aside from being a big fan of astrophysics, Gronk’s Lyft-driving alter ego claims to own four Tom Brady posters and to have a long-standing man crush on the Pats’ quarterback. 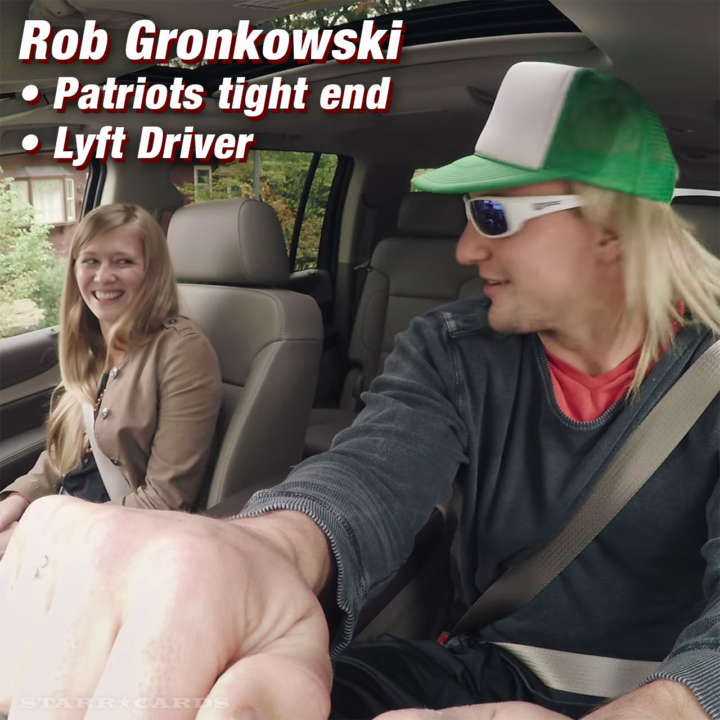 Gronk joins a growing list of sports superstars — including Richard Sherman and David Ortiz — to put in an undercover stint for Lyft.

Perhaps Gronk’s passengers would have been more likely to recognize the four-time Pro Bowler had he rolled up in his party bus. Does Lyft offer a bus service?