Among the six Academy awards won by the 2016 musical La La Land was one for Best Cinematography, and perhaps no scene exemplifies the film’s prowess in this area as does the opening number. But fancy camerawork is nothing without something interesting to film and that’s where choreographer Mandy Moore delivered the goods.

Filmed on a 130-foot-high express ramp in South Los Angeles known as the Judge Harry Pregerson Interchange, “Another Day of Sun” features an intricate dance of motorists that temporarily abandon their cars during a traffic jam. 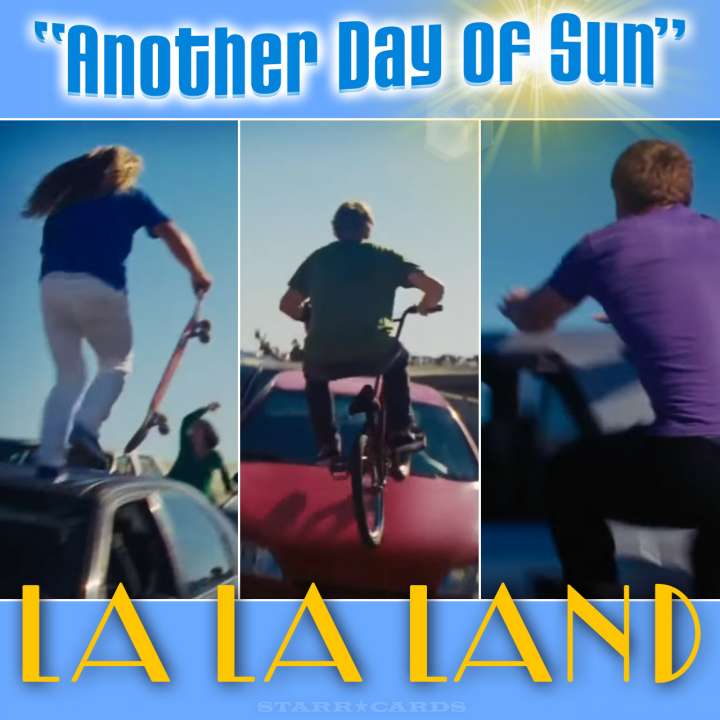 On the sporting side, a skateboarder, BMX rider and parkour artist bring a very Southern California vibe to the scene that required meticulous planning and dozens of takes to capture in temperatures exceeding 100 degrees.

So who is this trio of extreme athletes that are now immortalized in film history?

While we really only get to see Cameron Revier’s from the backside during his skateboarding sequence in “Another Day of Sun”, he previously got plenty of face time in the House of Lies TV series. He appeared in four episodes during the 2015 season as the character Benji.

Keep your eyes peeled for Revier on your next visit to Venice Beach. He’ll be the skater that looks like he was torn from the pages of a 1970s copy Skateboarding magazine.

While his credit in La La Land is for “traffic bmx kid”, stuntman Danny Downey is better known for his work behind the wheel of a car. Downey has plied his trade in numerous TV series, including multiple episodes of Angie Tribeca, Bones, Community, CSI: NY, Dog with a Blog, Law & Order, Oz, Teen Wolf, and Zoey 101.

When he’s not appearing on screen, Downey is an amateur tarantula wrangler.

Before his cameo in La La Land, stuntman Josh Yadon appeared in Divergent (2014) and Dawn of the Planet of the Apes (2014). The five-foot-ten parkour artist scored a more substantial role in Tracers (2015) playing a NYC-based freerunner named Jax.

Yadon keeps his creative life in balance by supplementing his parkour with photography.