Tiny three-wheeled kick scooters, known as Micro Minis, have catered to the 2-5 year-old-crowd for years now, but even smaller adult-ridable scooters are now at the vanguard of the miniaturization revolution.

BMX rider and scooter enthusiast Ryan Williams fabricated a less than half-size version of his regular scooter which he felt compelled to try out on a terrifying mega ramp. 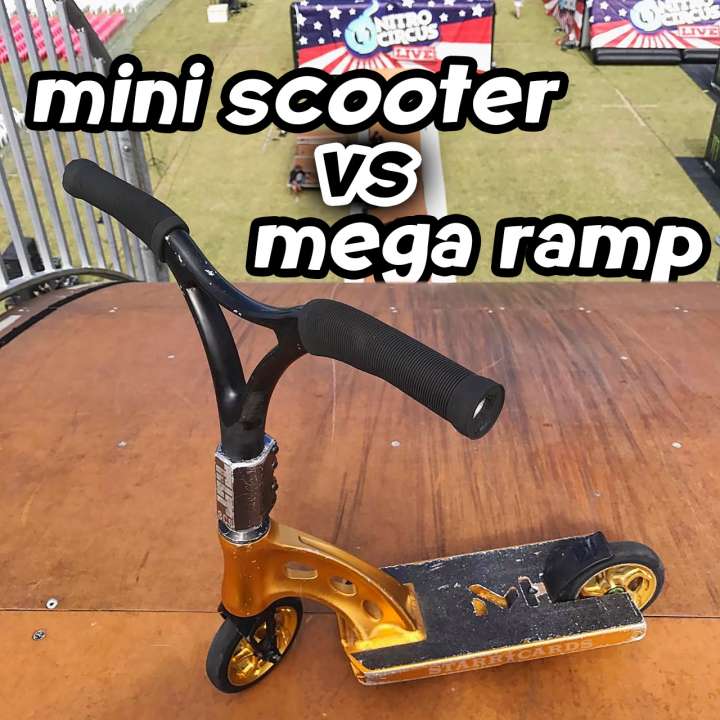 Performing in Nowra, New South Wales, the Aussie daredevil thrice rocketed his tiny conveyance down the ramp but was unable to land any of the massive jumps.

For a later stunt, Williams decided to go even further in the shrinky-dinky direction and produce the world’s smallest mini scooter.

Not only is the mini-est of scooters ridable, but tricks can be performed it. Williams even managed to successfully drop into a ramp at the skatepark on his first try and pioneering a “Willy Flip”.