Ironically, to reach the world’s highest rock climbing wall one must first descend. Those lucky/foolhardy enough to give the lofty section of wall a try, reach it by climbing down from a hot air balloon basket.

In the video from the Denver Climbing Company, the climber unclips from his rope, then hangs from a single hand hold before suspending himself upside down by his feet. Viewers might suspect the daredevil has a death wish, but his seemingly reckless derring do is greatly ameliorated by the fact he is outfitted with a parachute. 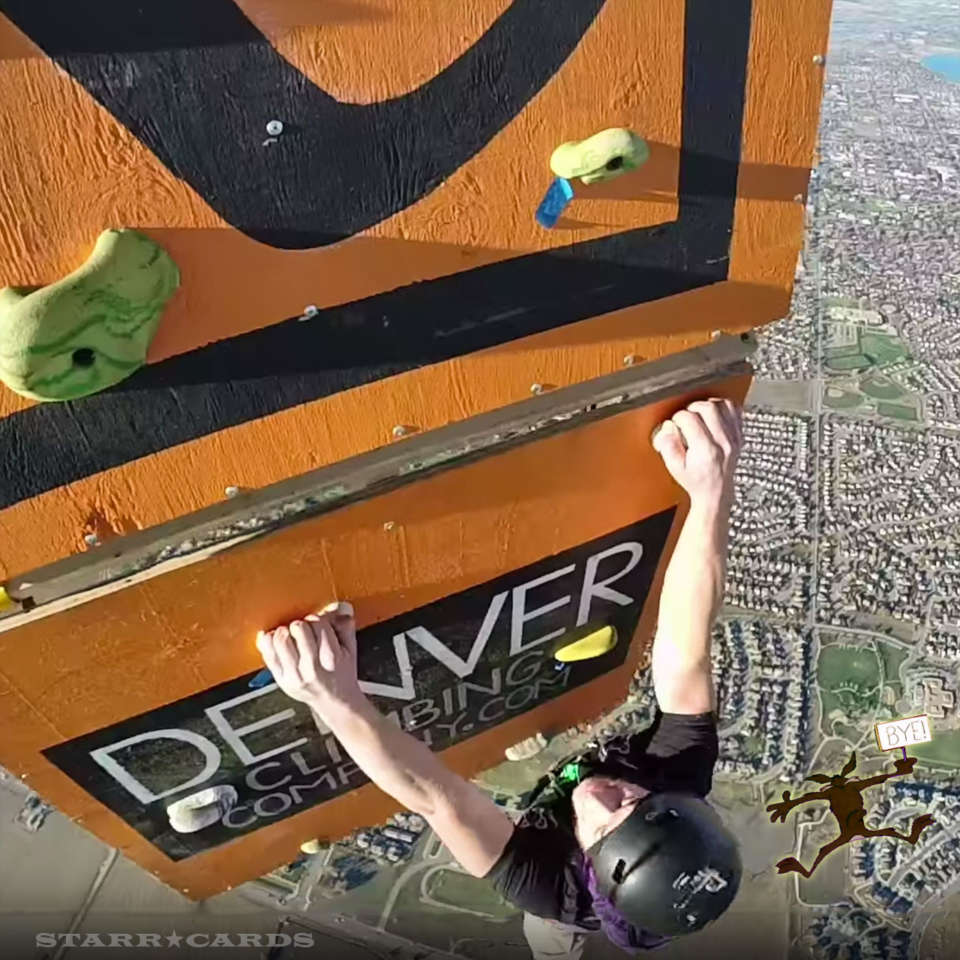