There are a lot of ways to take in Hong Kong as a tourist. Gone are the iconic rickshaws, but there’s still the ferry, busses, trains, tramway and taxi. However, for a panoramic view of the island one has to go up…

Like moths to a flame, urban explorers James Kingston and Magdalena Sieczkarek were drawn to the neon Panasonic sign atop Hong Kong’s Elizabeth House complex. After gaining access to the rooftop, the pair ascended the giant sign’s latticework support structure to get an unparalleled view of the sun setting over Victoria Harbour.

In the above video, the same adventure — with a little less derring do — is shared from Sieczkarek’s point-of-view. 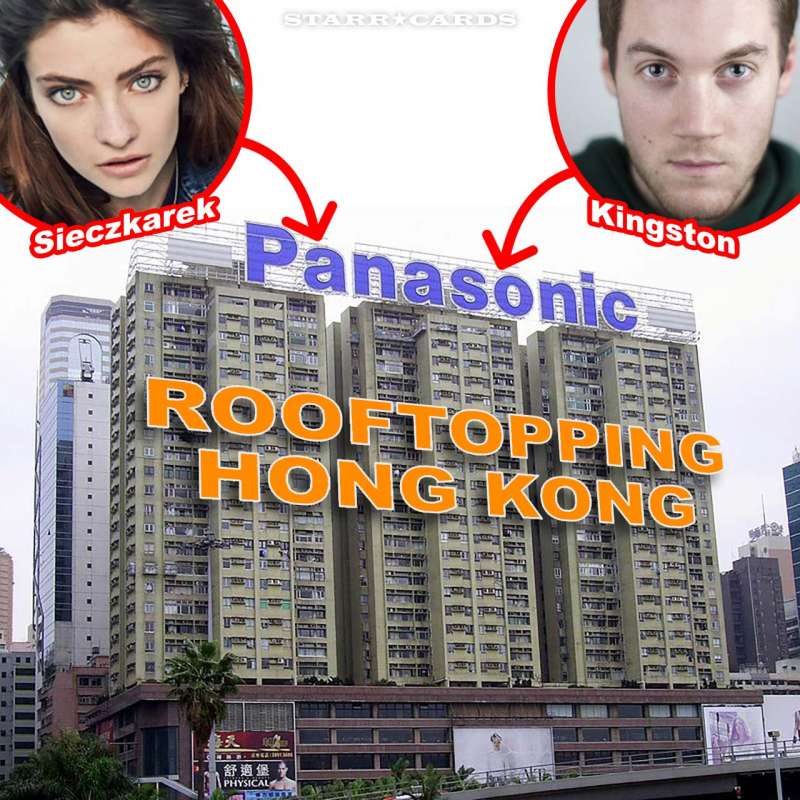 The Panasonic sign, which was erected in the 1990s, spans three buildings with a break between each section — leading to a couple of sketchy steps across the gaps by Kingston. Apart from the risk of falling off the sign and a growling stomachs due to hunger, the adventurers completed their excursion drama free, which isn’t a given when rooftopping in Hong Kong.

For a trio of parkour athletes from the United Kingdom parkour group known as Storror, the rooftops of Hong Kong formed a lengthy hair-raising escape route from a particularly testy security guard.

Part of the guard’s frustration probably stems from the fact that in the not-too-distant past trespassers weren’t given to hopping between buildings to evade capture.