BuzzFeedYellow, now known as Boldly, invited four women to give banked-track roller derby a try for one month under the tutelage of the LA Derby Dolls. The four invitees — Dani, Jazzmyne, Morgan, and Amber — having little to no prior knowledge of the sport, entered the experiment with some amount of trepidation. 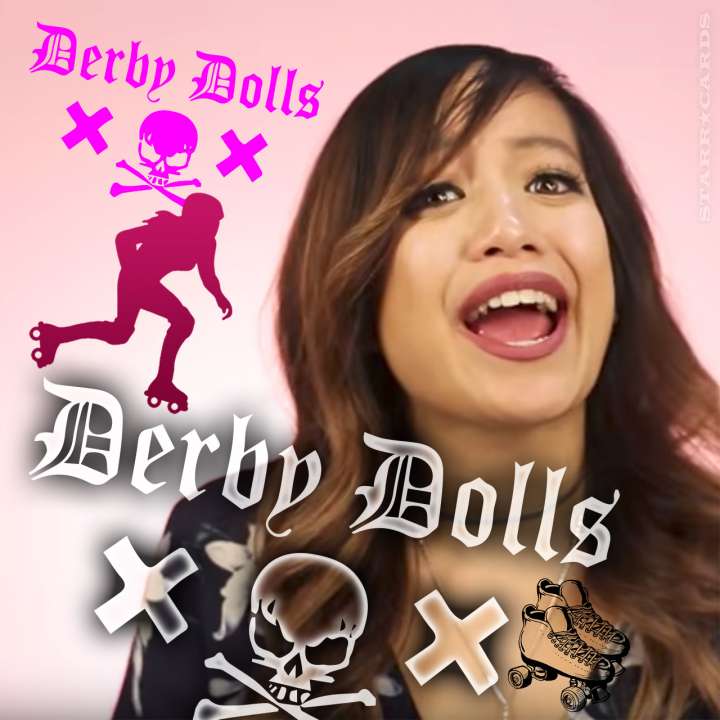 In the end, each of the four overcame early fears, and felt empowered by their foray into roller derby.

Think you might be interested in giving roller derby a whirl? In an interview with NeuH Magazine, Rebecca Ninburg, who co-founded the LA Derby Dolls in 2003, broke down the rules and some of the motivations for playing derby.

I skate because it makes me feel whole. Roller derby has helped me overcome a lot of my fears and has helped me accept and address my depression and anxiety. When I’m skating I never wish I was anywhere else, I always feel like I am exactly where I belong. It’s nice to know you share those same feelings with everyone around you and helps you not feel so alone when life hits a rough patch. It’s more than just a sport or a hobby – it really is a community, family, and support system for like-minded misfits. —Sly Foxx

I skate to reclaim what was lost. In my school days I was a determined athlete who overcame many challenges to compete. Being an athlete was an integral part of my identity; I designed my future around sports. In 2002 I was diagnosed with a chronic illness and it was like I had died. I felt as though everything I once was I could no longer be. I got tired of fighting so hard to do every day things that I did something I never did before – I gave up when things got hard. It was small things at first but once I started to give up, it became easier to give up the next time. Skating has helped me begin to break that habit. Again, it was small things at first; I fall down, I get back up. I get pushed, I push back. Now I am frequently challenging myself to conquer new skills, to be faster, to hit harder and be a better teammate. This willingness to be challenged bleeds into my life outside of skating, allowing me to reclaim what was lost and rebuild. —Frida Beararms

Roller derby is a place where I NEVER have to apologize for who I am; I can embrace the parts of me that intimidate people in “the real world.” Let’s be real. I have a STRONG personality and I’m not everyone’s cup of tea! Knowing this I live with a little voice inside me, frequently asking annoying questions like, “Did I come on too strong? Did I take that too far? Should I have just not said anything?” On the track, all of that goes away. I can be as aggressive, competitive, sassy, loud, and fierce as I want to be! And that’s pretty close to perfect, if you ask me. Getting to be my authentic self. —Amelia BigDealia