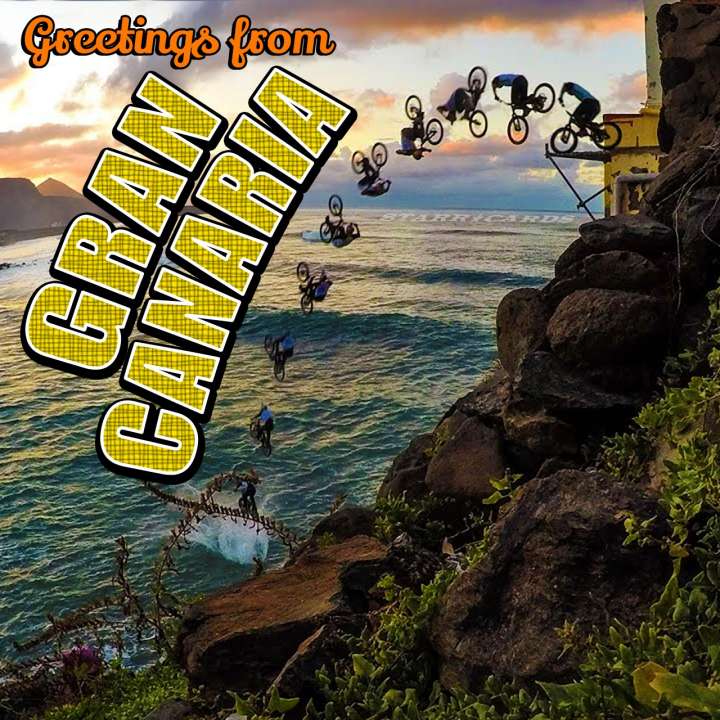 The video, now approaching 20 million views, culminates in MacAskill jumping his bike into the Atlantic Ocean while executing a slow front flip.

Accompanied by The Dodos’ breezy track “Fools”, the MacAskill’s video leaves viewers with a carefree impression that belies the considerable work that went into capturing the four minutes of non-stop stunts.

The location for the shoot was Las Palmas — the largest city on Gran Canaria, the second largest of the Canary Islands. Long before the first trick could be attempted, permission from home owners had to be acquired to gain access to each of the rooftops.

One of the more involved setups was for a jump planned at the appropriately canary-yellow C.E.I.P. Alcorac Henriquez primary school. The thought of backflipping over a 20-foot gap from the building’s third story to the second story gave MacAskill a serious case of the heebie-jeebies, but after a succession of tentative run ups he was able to execute the trick to perfection.

The final shot required a similar amount of planning… and trepidation. Once again, MacAskill was up to the challenge. With daylight fast fading, he launched his bike off one of Las Palmas’ bouldery embankments before splashing down in the Atlantic Ocean.