Perhaps no individual has left a bigger imprint on the sport of freestyle wrestling than Dan Gable. A three-time state champion at Waterloo West high school, Gable stayed undefeated as a wrestler until his final college wrestling match for the Iowa State Cyclones.

Gable sat down for a wide-ranging interview at Google, where he shared how he turned the tragedy of his sister’s murder and his sole loss as a collegiate wrestler into accelerants toward perfecting his craft.

I knew I was going to wrestle in the finals of the Olympics against a Russian and I knew he had been training specifically to beat me, but then I knew the guy was on steroids, That would help me. Whereas some might think ‘oh he’s cheating’, for me, you didn’t pay the price. You’re not as committed as I am. It’ll tear him apart. He may be strong, but all I have to do during that nine minutes of wrestling is loosen one single wire in his brain, make him do something that isn’t perfect, and he’ll fall apart. –Dan Gable

In 1972, Gable turned in the most dominant performance in Olympic wrestling history, as he won all six of his matches on way to the gold medal without conceding a single point.

One of the interesting concepts Gable shared in his interview is that the longer one strays from the work ethic that is necessary to stay on top, the longer it takes to return to that level once one slips. 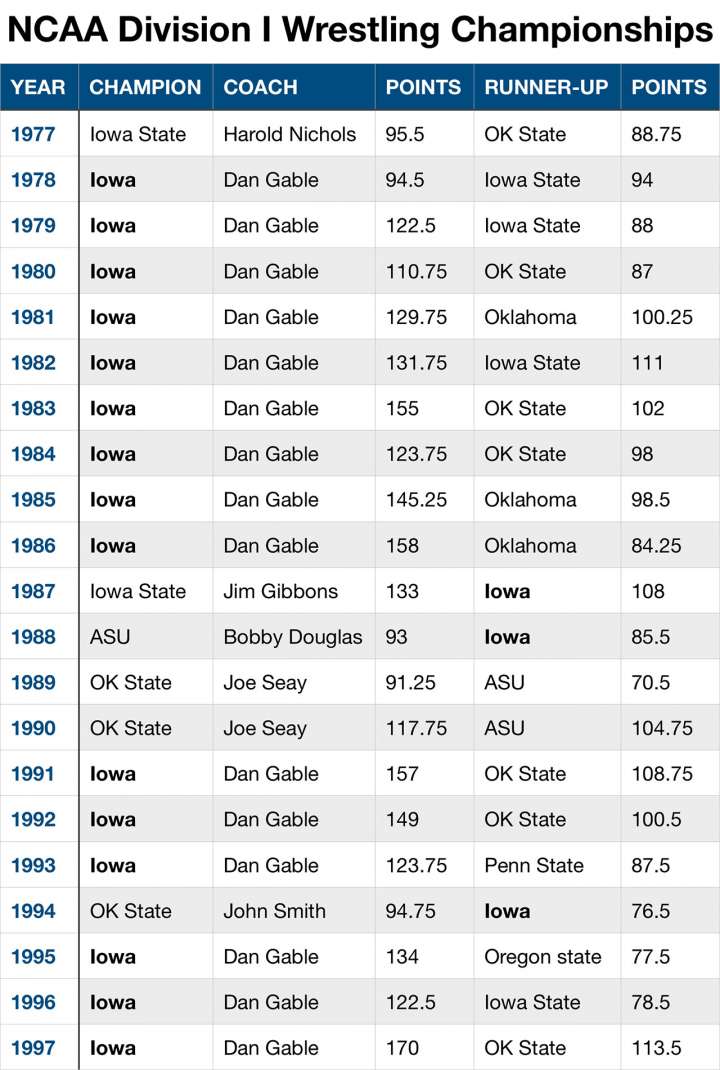 This concept is illustrated in Gable’s tenure as the head wrestling coach for the Iowa Hawkeyes. Starting in 1977, he guided his team to an NCAA record nine straight championships, but somewhere during that reign of dominance, less-than-optimal coaching practices crept in. As a result, in 1987, the Black and Gold were denied their tenth title in a row by in-state rival Iowa State. 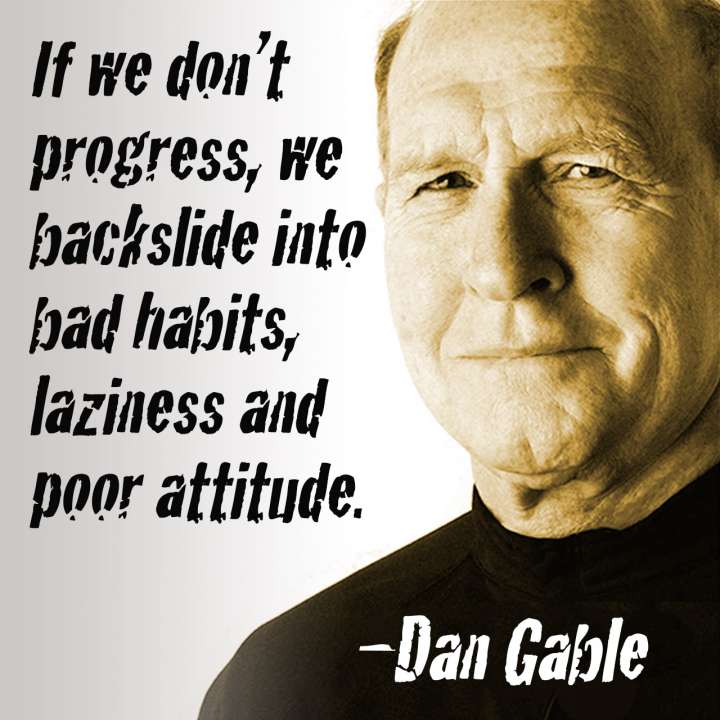 It took four full seasons before Iowa returned to the top of the podium, but Gable had learned his lesson well. He guided the Hawks to national titles in six of his last seven seasons, with his final team scoring a record-setting 170 points at the NCAA tournament.