Inspired by a Reddit post of a tennis racket slicing through Jell-O brand gelatin (generically known as jelly in England), Gavin Free and Dan Gruchy (aka The Slow Mo Guys) took on the challenge of replicating the spectacle on video in super-slow motion. 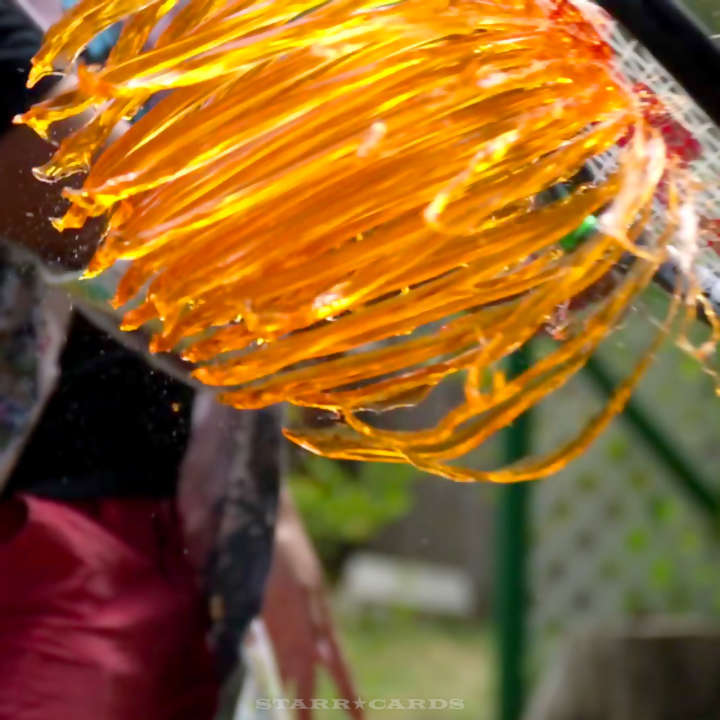 Aside from making a sticky mess, the experiment revealed that Jell-O struck with a tennis racket takes on the appearance of undulating iridescent dreadlocks.

What happens during the more traditional meeting of a tennis racket with a tennis ball? Slow motion video reveals that during the return of a high-speed serve, the ball flattens out like a green pancake against the taut strings of the tennis racket’s head.