A few years ago, young baseball player Devin Avedissian — aka “Mighty Mouse” — made headlines with his energetic hop over the catcher to avoid being tagged out. This year, 3-year-old Lennox Salcedo took a wholly different approach on his way to home plate…

Following a home run, the Lennox chose to go into excruciatingly slow motion after rounding third base, despite being urged on by his coach to run as fast as he could. 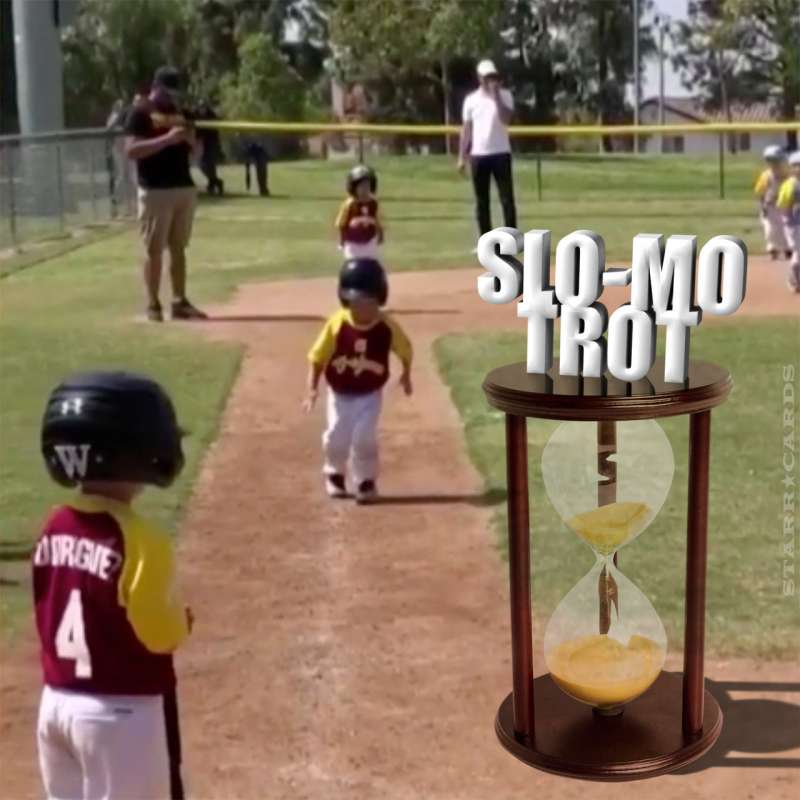 Lennox, shrugged off his father’s attempt to get him to pick up his pace, and finished his run with a superfluous slide into home with the crowd laughing their approval.

In the unlikely scenario that Lennox should ever make it to the big leagues, he may want to rethink his home run antics, as Carlos Gomez discovered after pausing to enjoy his 2013 blast against the Atlanta Braves.

Gomez never touched home plate after incensed catcher Brian McCann blocked him from completely his circuit of the bases. The run, which originally went up on the scoreboard, came off for a few minutes, before ultimately being restored after umpire ruled obstruction by McCann.