Three years ago, Devin Avedissian of the Force BBC 11u team (Murrieta, California) wowed dozens of local Little League fans — and thousands more on YouTube — and with a gravity defying leap that lent considerable credence to his nickname of Mighty Mouse.

Devin was waved home from third base by the batter after the pitcher bounced a ball past the catcher. Fortunately, for the defense, the ball hit off the wooden-portion of the backstop and came directly back to the catcher who was able to set up in front of home plate well in advance of Devin’s arrival. 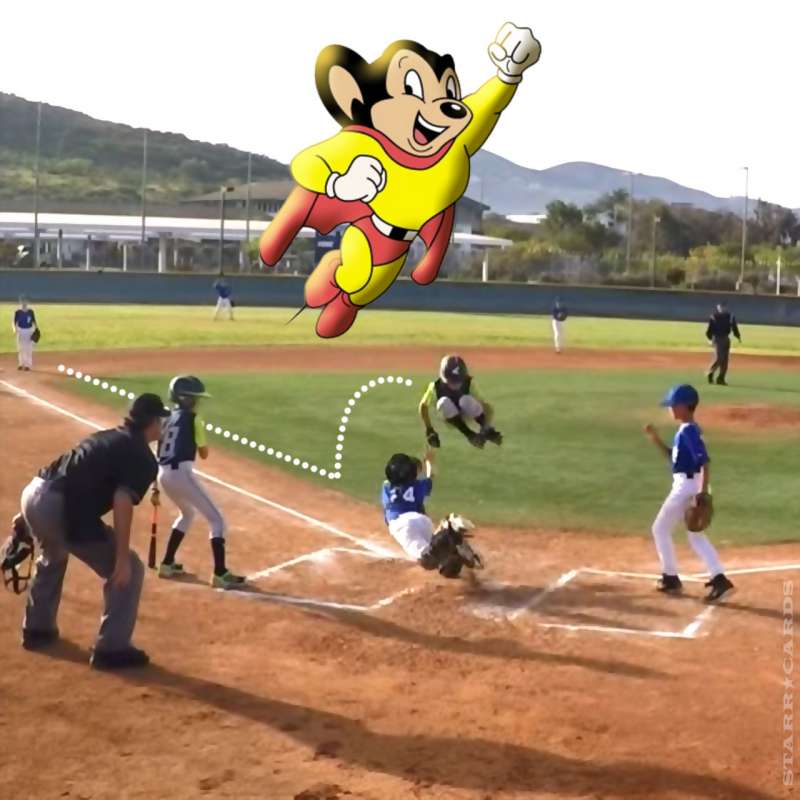 Fortunately, for the offense, Devin responded like a Calaveras County frog and went airborne over the catcher before slapping home plate with his hand. Inspired by his play, the Force went on to win the semifinal game (9-5) and the Silver Championship of the 2015 San Marcos Wood Bat Tournament.

If Devin continues to play baseball in college, he’ll have to add a front flip to his home-plate leaps to keep up with the competition.