People living in Wales turn to Admiral for their car insurance needs, but they may also consider recruiting the company for pranking services based upon their bamboozlement of the country’s rugby team.

WALES VS THE ADMIRAL

When Wales captain, Sam Warburton and a group of his teammates took to the field for a game of touch rugby against staff from Admiral, it’s fair to say they were confident of victory. However all was not what it seemed with Team Admiral, which included the Admiral (the company’s mascot) herself. The boys were in for a surprise. 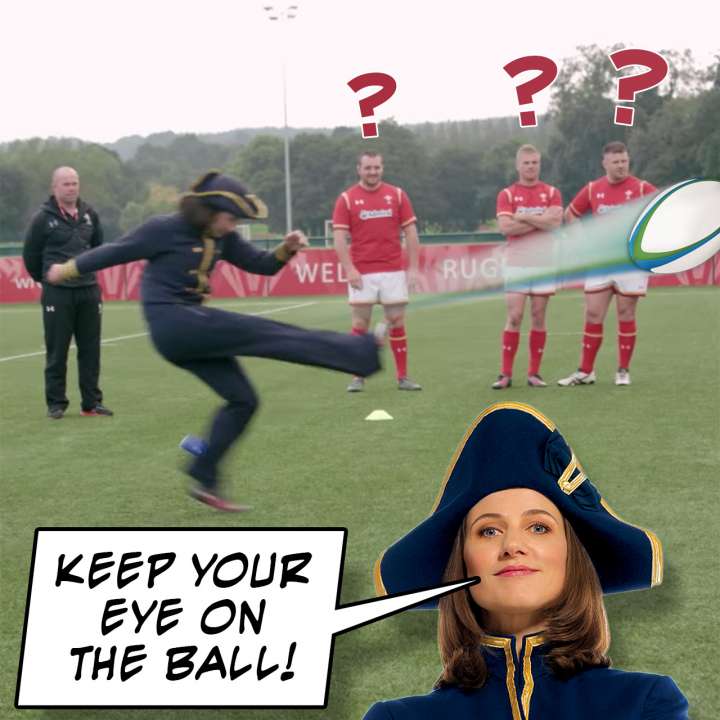 The Admiral had been switched and was actually Wales women’s fly-half Elinor Snowsill. Thanks to a makeover and some staged fumbles and a diabolical penalty kick, Warburton and the boys were none the wiser. It was only when Elinor decided to show off her skills, that the Wales internationals begin to suspect something was up.

Snowsill’s undisguised rugby skills were on full display when Wales recorded a victory against South Africa in the final round of group matches at the WRWC 2014 tournament — the team’s first WRWC pool win since 1998.