While nowadays Padukone is being photographed on Diesel’s arm, years ago she had the makings of being a celebrity of a very different sort as she was following in the footsteps of her athletic father.

In 1980, Padukone’s father Prakash rose to No. 1 in the badminton world rankings after becoming the first Indian to win the men’s singles title at the prestigious All England Championship. A year later he also claimed the men’s single title at the World Cup in Kuala Lumpur, Malaysia. 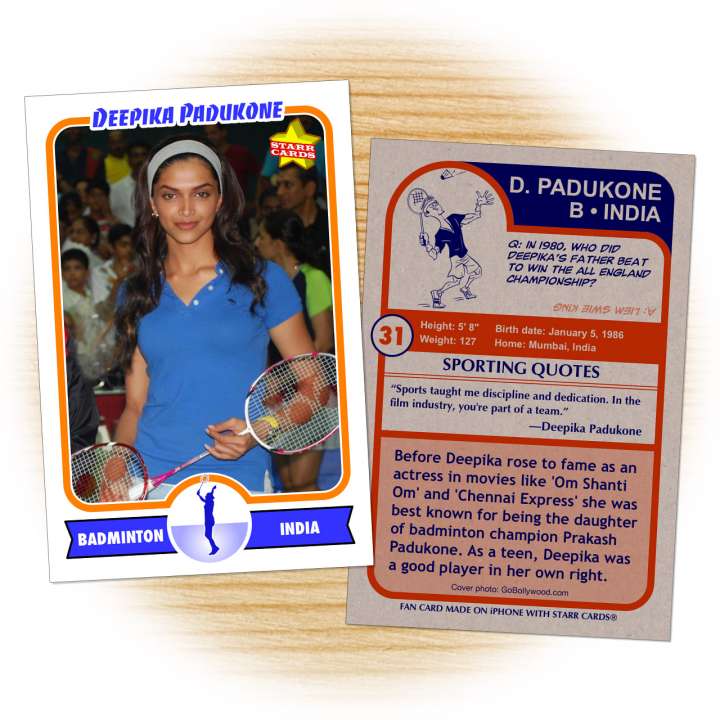 Prakash’s love for badminton was passed to his daughter who showed great promise in the sport before her beauty led her first to fashion modeling, then to an acting career.

Back to the present, Padukone flashed her innate body control this week whilst appearing on The Late Late Show with James Corden. Together with the show’s host, she partook in the lungi dance, which Vin Diesel mistakingly thought was a classic dance step in India.