In addition to rehabbing his knee this summer, Boston Celtics star Kyrie Irving will be busy promoting the latest installment of the wildly popular Uncle Drew mockumentary series. Just having makeup applied to transform into the aging hoopster requires a significant time commitment in and of itself.

“It's tough, but it's fun at the same time. It took exactly 3 hours and 47 minutes to do my makeup. Then you go outside and you don't wanna sweat too much.”

When it debuted in 2012, Irving had no idea how popular his Uncle Drew character would become. He reveled in watching the first installment of the Pepsi-sponsored videos reach 1,000 views on YouTube. Now six years later, the opening chapter has more than 50 million views. 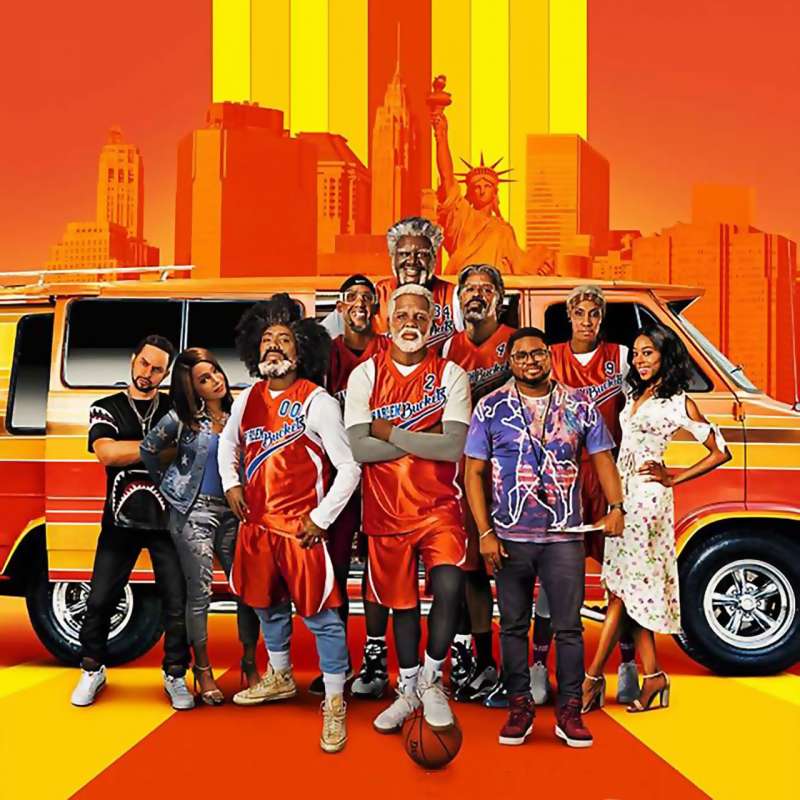 With Uncle Drew the movie set for release on June 29, we present here the first four chapters of the ongoing saga for your viewing pleasure…

Uncle Drew subs in for an injured player during his nephew’s pickup game at Clarks Pond courts in Bloomfield, New Jersey. Rusty at first, Uncle Drew soon shows the young ballers how to “get buckets.”

Buoyed by his play in New Jersey and encouragement from Bill Russell, Uncle Drew hits the road to start putting his old team back together. In Los Angeles he tracks down big man Wes (Kevin Love) working as a clerk at a nondescript hardware store. The two head to Jim Gilliam Park in Crenshaw for a pickup game and prove to the local “young bloods” that they still have the right stuff.

In Chicago, Uncle Drew finds his old teammate “Lights Out” Jenkins (Nate Robinson) headlining on trumpet at a jazz club. The two drive to Seward Park to showcase their improvisational skills built upon basketball fundamentals. Old-flame Betty Lou (Maya Moore) joins the two in making beautiful music on the court.

In Miami, Uncle Drew connects with Louis (Baron Davis) and Angelo (JB Smoove) and learns that Walt (Ray Lewis) has been talking trash about him. Not one to back down from a challenge, Uncle Drew plays Walt in a game of H-O-R-S-E at Margaret Pace Park.