The high-flyer will be taking his aerial show to the next level after entertaining Pauley Pavilion crowds this past season with gravity-defying tomahawk dunks.

Just how high can LaVine fly? Well, he set a Los Angeles Lakers’ draft workout record with a 46-inch vertical leap. The visually confounding images of his leaps almost look photoshopped, but they’re the real deal and they have scouts salivating.

Consider this: LaVine can jump high enough to clear a Lamborghini Aventador without bending his legs. Soon enough he’ll be able to afford to ride in his own Lamborghini with bent legs. 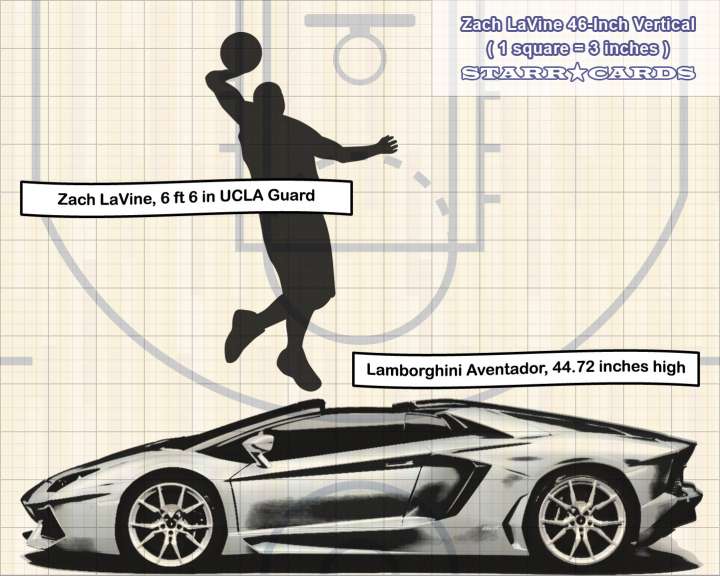