Until this past weekend, the only baseball player to record a perfect game in World Series history was Don Larsen. Now he’s been joined by Red Sox outfield Mookie Betts…

Betts never stepped foot on the mound, or threw a pitch, in replicating Larsen’s feat. His perfect game came yesterday via a 300 game rolled at the PBA World Series of Bowling IX in Reno, Nevada. 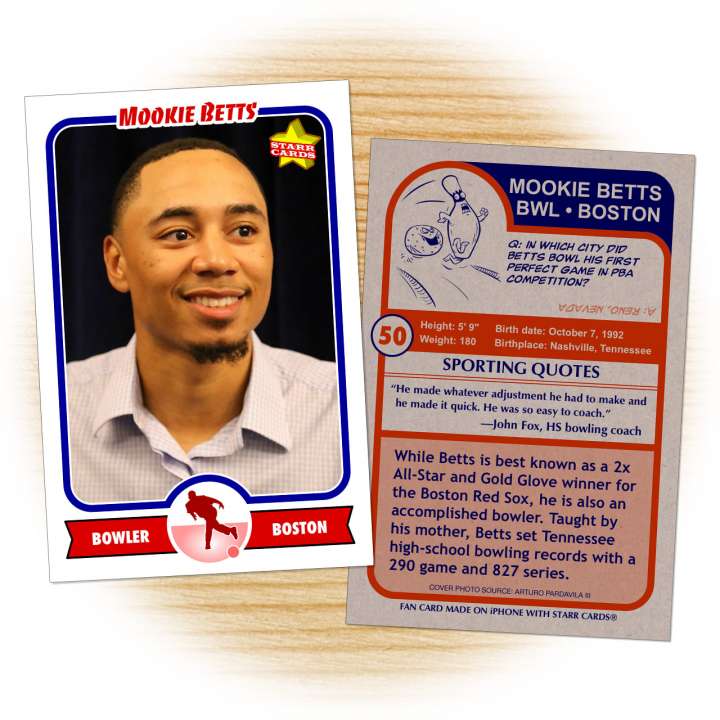 “Bowling has been a part of my life forever, so it isn’t going away. I like to compete, but I also know I need to get better.”

Betts, who finished second in MLB’s MVP voting in 2016, is no newcomer to professional bowling. He also made an appearance at the 2015 World Series of Bowling, and has only gotten better since then.

Earlier in the year, Betts attended Chris Paul‘s Bowl Off event, where he finished with six straight strikes to outlasted the host, Terrell Owens, DJ Khaled and J.T. “Action” Jackson for the win.