After presumably swimming in his last Olympic race a couple weeks ago in Rio, Michael Phelps sat down for a chat with Jimmy Fallon on the Tonight Show in New York. Fallon wasted little time in confronting the 23-time gold medalist with a life-size cardboard cutout of the swimmer’s pre-race angry face. 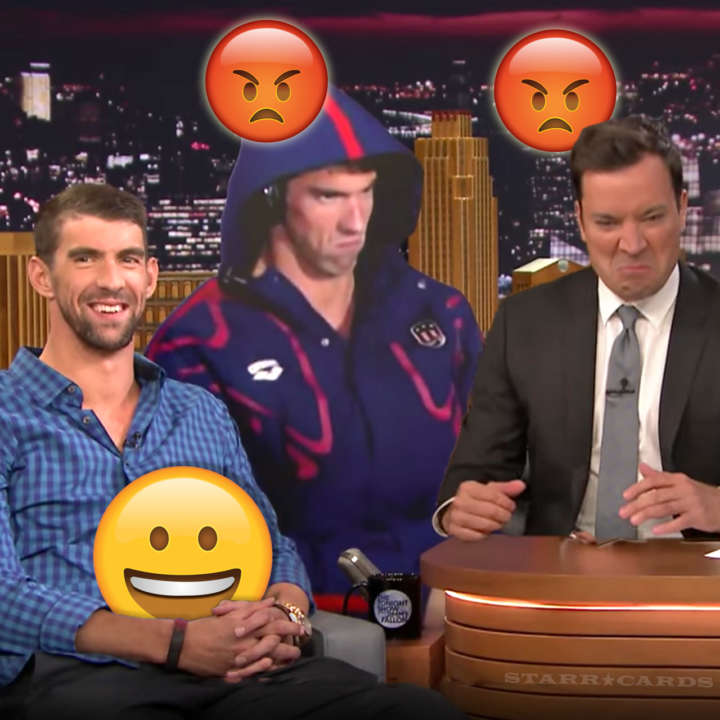 — Michael Phelps, on his pre-race face

With his business in the pool complete, Phelps has oodles of time to manage his infant baby’s Instagram account. So far, so good. Boomer is closing in on 700,000 followers just four months after making his earthly debut.

Daddy and I just hanging while mommy is shopping !!

Yep! Got to hang out with @jimmyfallon before my daddy went on the show! #dontbejelly

How amazing is this?!? Im hanging with daddy before #agt and I got to meet the legend @simoncowell !!

At the conclusion of the interview, Phelps joined Fallon at the front of the stage for a variation on Russian roulette played with eggs. Arizona’s most famous resident got a raw deal, as the only two eggs he selected were uncooked. 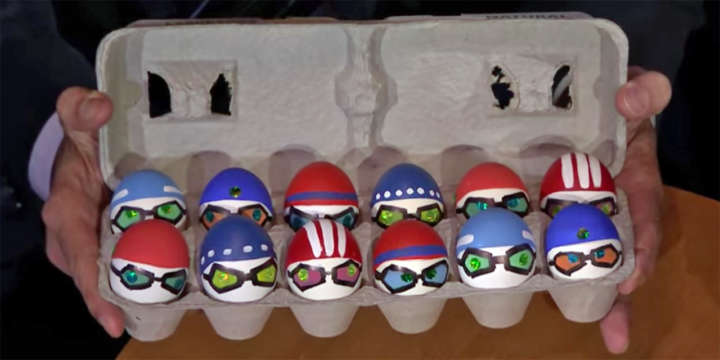 Fittingly, the eggs were painted to look like little swimmers complete with swim caps and goggles…