In some ways, freediving is like cliff diving turned topsy turvy. One breath at a time, world-champion freediver Guillaume Néry pushes the boundaries of probing the ocean’s depths on his own power. 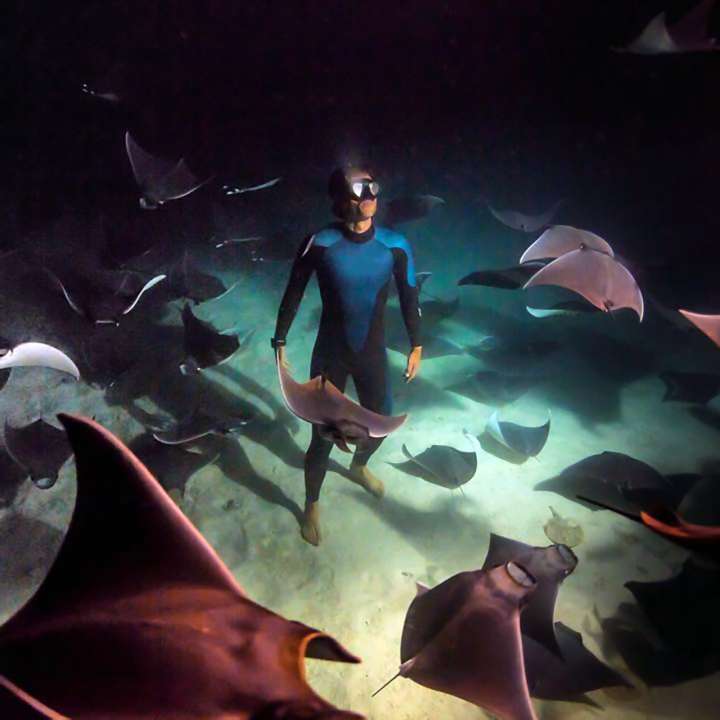 In a recent TED talk, Néry explained the physical and emotional impacts experienced in the rarefied sport of freediving.

Néry is able to dive 125 meters below the water’s surface on a single breath. To put that into perspective, that’s equivalent to the depth of 25 Olympic-regualtion diving pools stacked one atop the other. 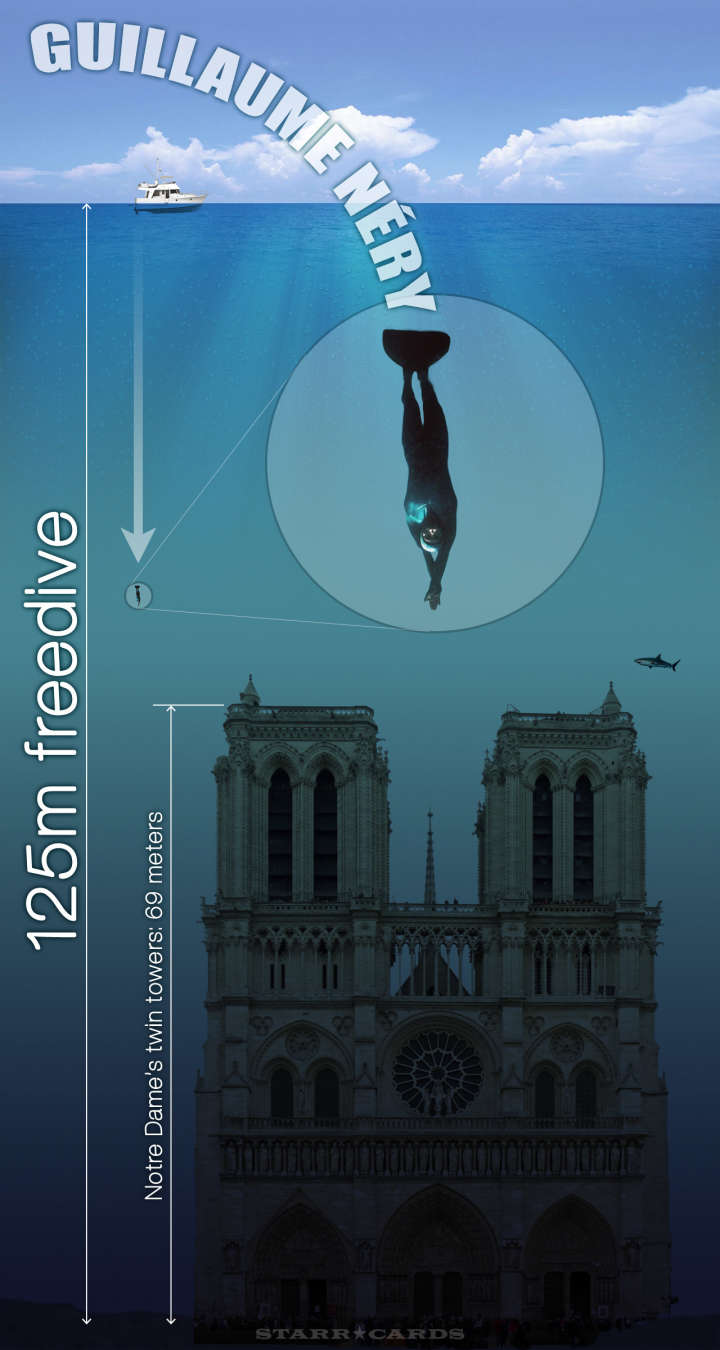 Put even more dramatically, the greatest depths to which Néry dives are almost twice the height of Notre Dame’s towering western facade.

Nery’s wife, Julie Gautier, is an award-winning director specializing in underwater films. Her video of Nery base jumping at Dean’s Blue Hole near Clarence Town, Bermuda has garnered more than 26 million views since it was first posted to YouTube in 2010.

A blue hole is a large marine cavern or sinkhole, so named for the dramatic color contrast with surrounding waters. Dean’s Blue Hole is the world’s deepest with an underwater entrance at 202 meters (663 feet).

RUNNIN’ (LOSE IT ALL)

More recently, Gautier directed her husband in a stunning underwater video for Naughty Boy’s “Runnin’ (Lose it All)” featuring Beyoncé and Arrow Benjamin.