New Zealander Dan Carter is the highest point scorer in Test match rugby history, and is is considered by many to be the greatest ever to play the fly-half position, but he enjoys another distinction with respect to his peers: the most Instagram followers. 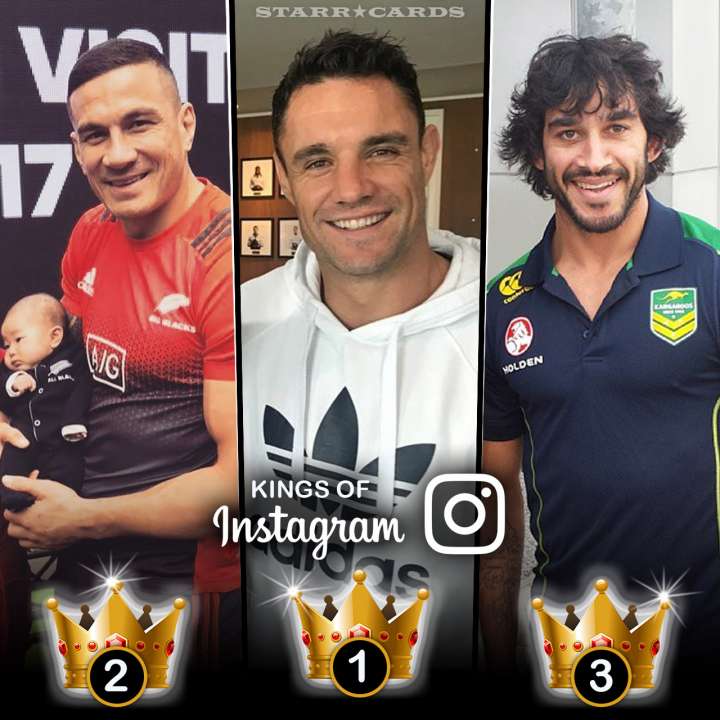 With more than 800 thousand Instagram followers, Carter has more than the double the number of the No. 2 (Sonny Bill Williams) and No. 3 (Johnathan Thurston) rugby players combined. Carter is one of three Kiwis to make the top ten. Only Australia has more players represented, with four.