Playing rugby is tough enough even when you stand 6-foot-6 and tip the scales at 300-plus pounds, so you can imagine the level of trepidation experienced by smallish newbies, thousands of miles from home, giving the sport a try for the very first time.

Elton Castee, of the popular YouTube channel TFIL, was adventuring in New Zealand with fellow Californians Sam Golbach, Colby Brock and Corey Scherer, when he secured a visit to the Wellington Hurricanes practice facility. 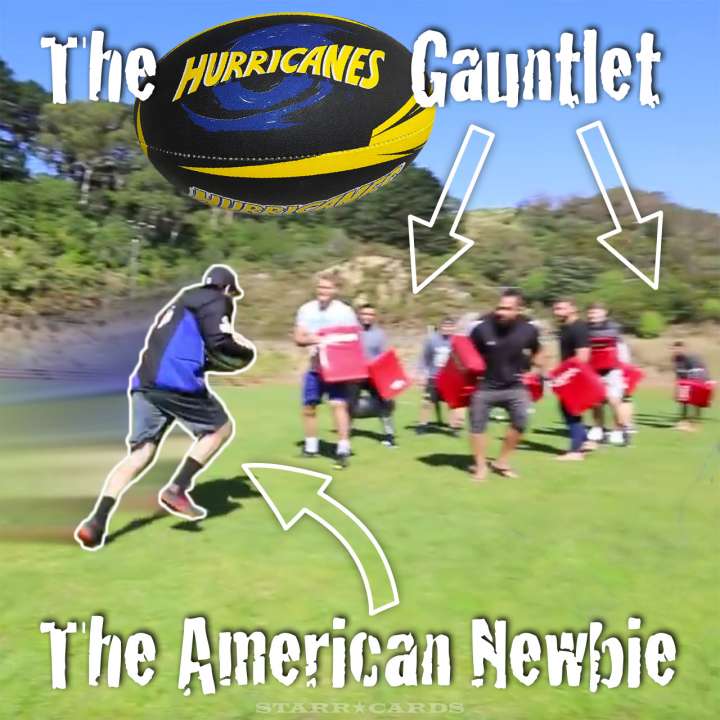 The boys got to experience first hand a fraction of the brutality that gets meted out on the rugby pitch. Impressively, all four of the Americans managed to remain relatively intact after running a gauntlet of players fronted by Loni “The Tongan Bear” Uhila.

Castee, in particular, made a favorable impression on the Hurricanes’ trainer with his ability to drive an opponent — in the form of a practice pad — off the ball. He managed to send the ball through the uprights on his first kick to boot.

Of course, no trip to New Zealand is complete without dropping in on Bilbo Baggins’ quaint underground pad featured in The Lord of the Rings and The Hobbit films. Best part of all, there’s no rugby giants to contend with in the Shire.