There’s no clearer indication in pop culture that a sport has officially arrived than it being featured throughout a full-episode of The Simpsons. In 2016 episode of the longest-running American sitcom, Bart and Lisa Simpson swung their lacrosse sticks and dropped insider lingo while playing at a lax tournament. 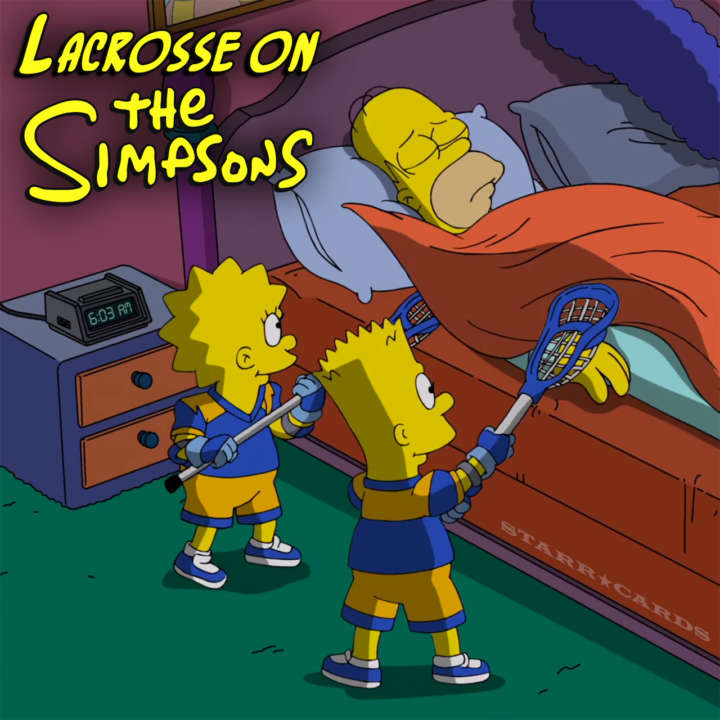 What it will mean for the lacrosse in the long run remains to be seen, but more than 3 million fans of The Simpsons were exposed for the first time to the Canadian egg roll maneuver.

MLL All-Star Paul Rabil was inspired by the inclusion of lacrosse on the primetime TV’s longest-running animated series to create an All Simpsons Lacrosse Team. Despite its name, the team doesn’t include any Simpsons, but it is chock-full of lax greats.