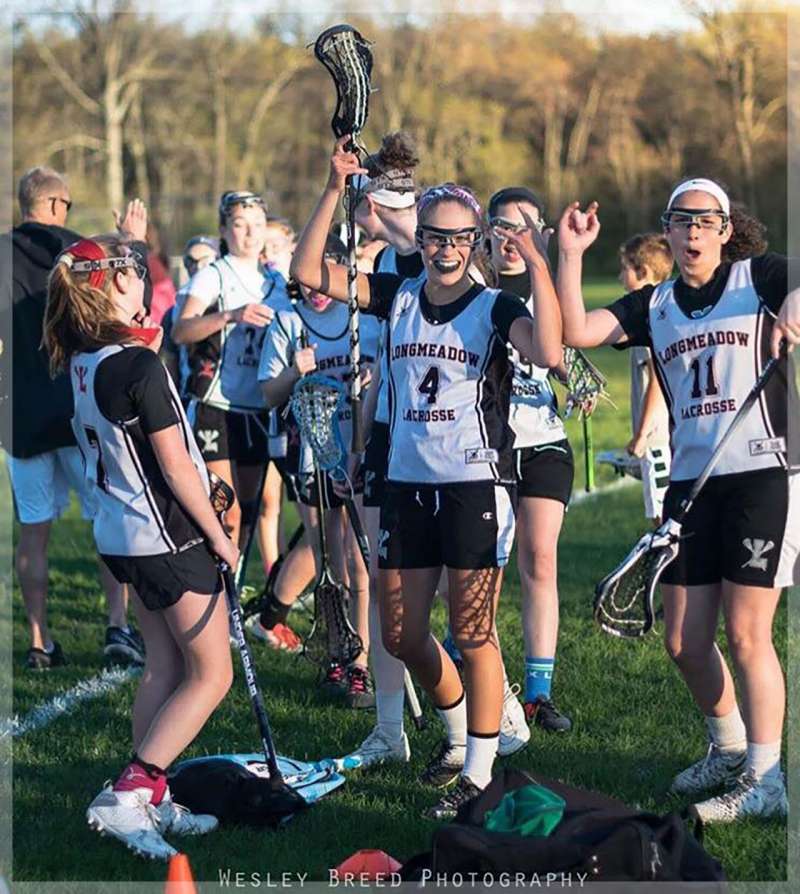 Brynn Cartelli, is no stranger to the world of sport. The 14-year has not only sung the national anthem at American Hockey League and Major League Soccer games, but she also plays both lacrosse and field hockey while attending Williams Middle School in Longmeadow, Massachusetts.

On season 14 of NBC’s The Voice, Cartelli swapped her sporting sticks for a microphone and outshot the competition to become the show’s youngest ever winner…

For the live finale, Cartelli sang the original song “Walk My Way” that garnered more than a quarter million views on YouTube in less than 24 hours. Her artistry was enough to attract more votes than Team Alicia Keys’ Britton Buchanan and Team Blake Shelton’s Kyla Jade and Spensha Baker.

For her semifinal performance, Cartelli sang Jackie DeShannon’s “What the World Needs Now Is Love”, which garnered her enough votes to secure a place in the Top Four.

On next week’s finale of The Voice we’ll learn if what the world needs now is for the show’s first lacrosse-playing winner.

A week ago, Cartelli sang Coldplay’s “Fix You” during the live Top 10 performances, and demonstrated nothing’s broken with her delivery.

BRYNN GOES UP THE MOUNTAIN

Two weeks ago, as Team Kelly’s leading light, Cartelli — who recently turned 15 years old — didn’t show any sign of nerves as she gave a pitch-perfect performance of Patty Griffin’s “Up the Mountain”.

Three weeks ago, Cartelli gave a crowd-pleasing rendition of Sia’s “Unstoppable” — which may also describe her trajectory on the show.

The talented young vocalist garnered enough votes with her performance to secure a spot in the Top 12.

Cartelli’s cover of Rascal Flatts’ “Here Comes Goodbye” had judges Levine and Alicia Keys marveling at her voice and powered her to an impressive knockout-round victory.

In the earlier battle round, Cartelli took the decision versus Dylan Hartigan after their duet performance of Taylor Swift’s “…Ready For It?”.

For her audition, Cartelli performed a pitch-perfect cover of Labrinth’s “Beneath Your Beautiful” which prompted chair turns by celebrity coaches Kelly Clarkson and Blake Shelton.

Along with her powerful vocal instrument, Cartelli is a capable guitarist, as evidenced by her home performance of James Brown’s classic “It’s a Man’s Man’s Man’s World” from a year ago.

Unsurprisingly, the uber-talented teen can also tickle the ivories, as shown above with her recent Amy Winehouse cover. Cartelli will be attempting to make it back-to-back wins for female singers on The Voice after Team Shelton’s Chloe Kohlanski won it all last year. Maybe it’s a girl’s world after all?

AS Cartelli kept advancing through the rounds on The Voice, her lacrosse teammates were forced to hold down the fort without her. 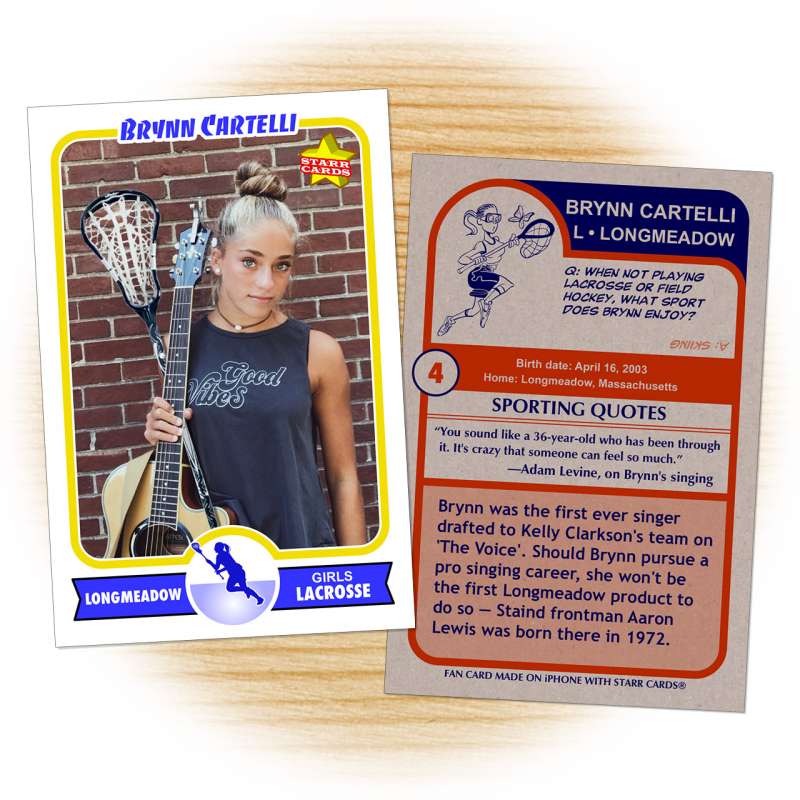 Cartelli isn’t the first young, lacrosse-playing vocalist to make a splash on one of NBC’s talent shows. A couple years ago, Julia Goodwin enjoyed a nice run on America’s Got Talent.